You Can Now Stay In Historical Castles For $50 A Night

Travelers are now choosing rental sharing sites like Airbnb over standard hotels in order to live like a local during their stay. Travelers with an interest in history might be interested in The Landmark Trust, a charity that transforms neglected historical buildings into vacation rentals. The organization has revitalized more than 200 properties all over Europe; unconventional ones too, such as mills, train stations, water towers, mines, and prisons. And if you want to totally disconnect, some locations have no cell service. Every year, The Landmark Trust receives over 100 submissions from buildings asking to be restored. To qualify, a building must be historically, culturally or architecturally significant. The whole goal is to handle the renovations with care to maintain the buildings’ historical charm while adding modern amenities. 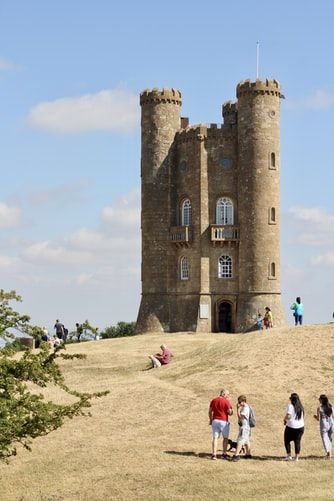 For any aspiring writers looking to getaway and be inspired should look no further than Vermont. The Landmark Trust USA has restored and renovated Nauklakha, the home where Rudyard Kipling wrote “The Jungle Book.” As written on their website, “A National Historic Landmark, Naulakha was built for Rudyard Kipling in 1892. Much of Kipling’s original furniture remains, which means that guests can sit at the very desk where the famed author wrote The Jungle Book, Captains Courageous, and portions of the Just So Stories.”

Looking for someplace unusual to spend your vacation? Then might we recommend ‘The Pigsty?’ According to the website, “The Pigsty was designed and built by the owner of Fyling Hall, John Warren Barry. The date of its construction is not quite certain. Mr Matthew Hart, one of the men who carried out the work, is recorded as having said that it was started in 1889 and completed two years later, in 1891. Mr Hart was a 15-year-old apprentice when work began, and when it was finished he and a workmate celebrated by dancing on the roof – until Mr Hart fell off and broke his nose.”