Why Hyderabad Is The Indian City To Visit

When people think of India, usually the major cities of Mumbai or Dehli come to mind. But in fact, India has so many other interesting regions and cities to explore, that are simply hidden gems. Hyderabad is one of those underrated cities. With over 6.8 million people, it is the city with the 4th largest population in India. It is also the capital of the southern Indian region of Telangana. One of the things that makes Hyderabad so unique compared to other cities in the region is the Muslim influence that is present throughout the city, particularly in its architecture.

There are many things to do while in this fascinating city. But perhaps one of Hyderabad’s most iconic landmarks is the Charminar. Both a monument and a mosque, the Charminar was erected at the end of the 1500s. Until today, no one is quite sure of the story behind its origins. There are those who say it was built in honor of the second Islamic millennium. Others say it was on account of the founding of Hyderabad. Either way, the building stands until today and is a major attraction for both tourists and locals. This stunning structure is also located smack in the middle of the city, so you couldn’t miss it even if you tried. 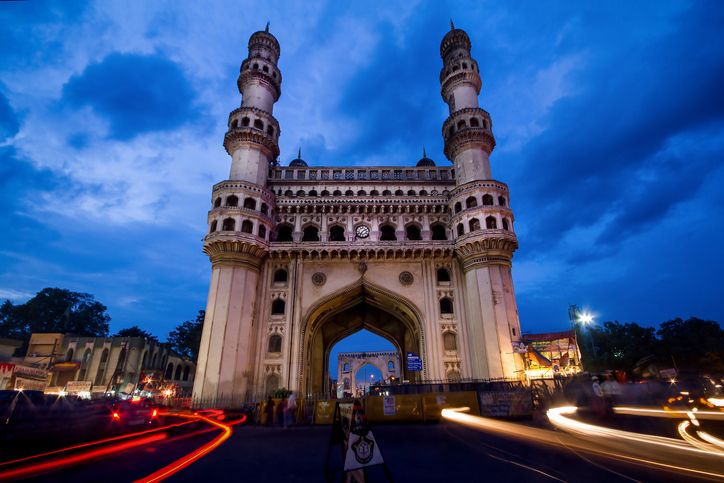 For those who are interested less in old architecture and more in modern art, Hyderabad has something for you too. The Maqtha Art District is an area well-known for its amazing street art scene. When strolling the streets of this newly renovated district, one is bound to encounter the stunning murals and graffiti that line its buildings and alleys. Luckily, this quiet neighborhood isn’t the only cool attraction in the area. Conveniently located nearby is Hussain Sagar, Hyberadad’s famous heart-shaped lake. So if you’re planning a day trip to the city, make sure to stop by this unique and relaxing landmark after your long morning of art-browsing.