Research has found that aging musicians fare better than non-musicians when it comes to distinguishing speech from noise, even when their overall hearing is no better than that of non-musicians. Frank Russo, a professor of psychology and director of the Science of Music, Auditory Research and Technology Lab, or SMART Lab, at Ryerson University in Toronto, organized an ongoing study. Russo says understanding speech in noise is a top complaint among older adults with hearing loss.

“The complaint often is, ‘I hear just fine when I’m speaking to someone one-on-one, but when I’m in a crowded situation – if I’m a party, if I’m at bus station, if I’m in a mall – speech in noise becomes very problematic,'” Russo says. Hearing aids can only help so much because separating speech from noise is not a task for our ears but for our brains. As we age, something declines along the pathway between the inner ear and the brain’s auditory cortex, Russo explains. “So, the hearing aids we have that are becoming increasingly remarkable in their ability to suppress noise, they can’t completely correct this problem of aging auditory systems,” he says.

So how does the study work? Russo and his colleagues get older adults to join a choir (no musical experience required) and then test whether it changes how their brains process speech in noisy environments. The choir is run through Ryerson’s 50+ Continuing Education Program. Each session lasts ten weeks, with one two-hour rehearsal each week. “We wanted to see how short-term could we make the musical training. How quickly can we see these improvements?” says Ella Dubinsky, a graduate student in the SMART Lab who recruits study participants from among the choir singers. “Singing is sort of like brain boot camp. You’re sort of whipping your neurons into shape,” she says. 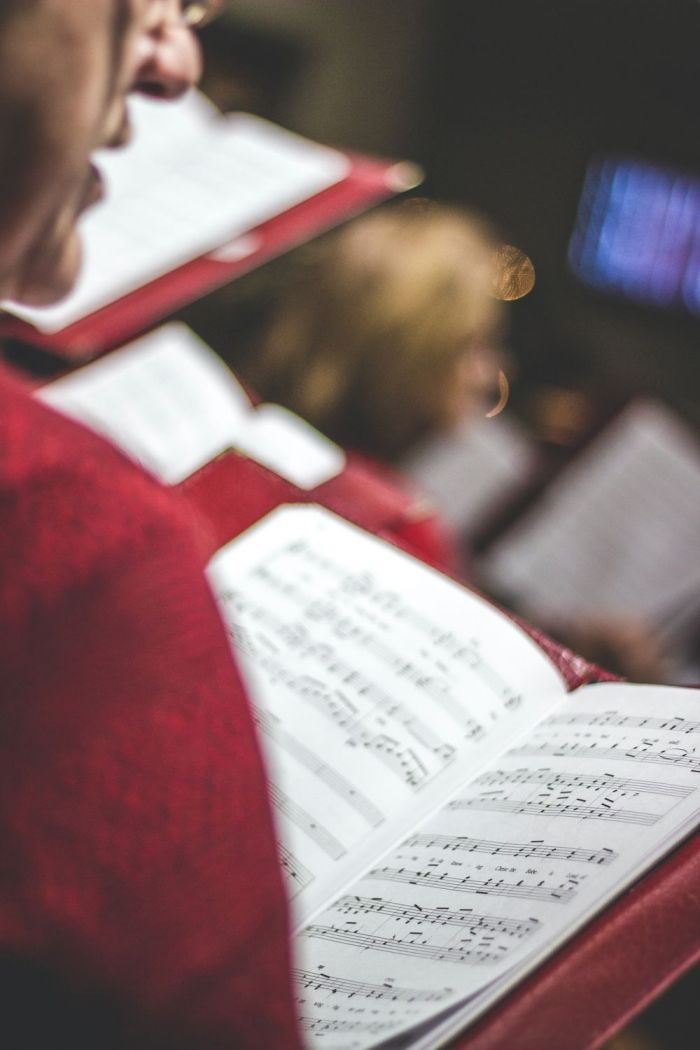 The researchers have two control groups. One is not singing, but listening to a lot of music in a music appreciation course. The other has no musical intervention. All of the study participants undergo before-and-after lab evaluations that include speech-in-noise tests, in which they’re asked to repeat sentences that are played against increasingly loud background noise.
The Ryerson University SMART Lab plans to present initial findings from their research at a conference on music, sound and health in Boston this summer.