Kanye West features prominently in “Ego Death,” rapping about a wide range of topics, including the Grammys, the Supr Bowl, birth control, voting, and the struggle that black musicians face, some of which can be seen in the lyrics, “All these halfway movements/ Need a lot of improvements…/Showin’ up to the Grammys mad/Tryin’ to win something we already had/Tryin’ to become something we already are.” This isn’t the first time Ty Dolla $ign collaborated with the rapper and fashion designer. He previously featured on West’s 2016 track “Fade,” which appears on West’s studio album The Life of Pablo. 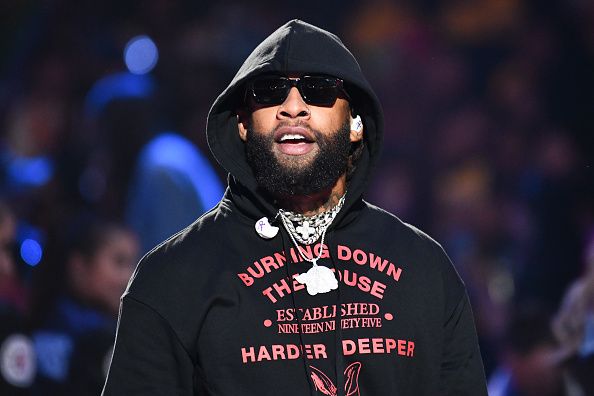 “‘Ego Death’ is a very special record. It’s always an honor working with my brother ‘Ye. He’s a genius and we make incredible records every single time we link up. Skrillex and Twigs came in and blessed us with the magic that only they can put on the record. I played it once at a house party and everyone went crazy. A clip leaked online and shit but that’s all good. I just had to find the right time to put it out, so I’m excited that it’s finally THAT TIME! My new album is done and it’s coming very soon. Shout to my fans for being patient while I made sure it was perfect, it’s worth the wait…it’s my best work yet. I can’t wait for y’all to hear it,” the singer said in a statement discussing his relationship with West