Travis Barker Is A Married Man

The man behind the drum kit is officially a married man. That’s right, Travis Barker and his girlfriend Kourtney Kardashian have decided to tie the not. This news was too much of a surprise as fans have been watching their fairytale romance from the beginning. With that said, before Kourtney, many people didn’t really know much about Travis. After all, we did know that he was a drummer but we didn’t really know to what extent his career expanded. Let us take a dive into Travis Barker the drummer and Travis Barker the family man. 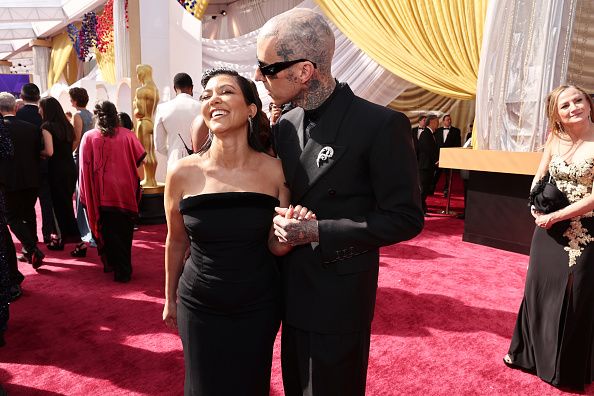 When it comes to playing the drum unlike any other, Travis Barker is definitely on everyone’s lips. Not only is he a drummer but he is also a music producer. With that said, not many people really knew much about him that wasn’t until he started dating reality star, Kourtney Kardashian. Once their relationship was made official on social media, fans quickly because to ship this beautiful couple. Many thought that this match was definitely unexpected as Travis is easily seen as the drummer with a bad boy edge and Kourtney is seen as the more “normal” one out of her sisters.

With that said, their relationship quickly took off without a hitch. It was the first time that there was no drama reported on a Kardashian relationship. The couple truly seemed in love, so much so that it wasn’t long after they started dating that Travis decided to ask Kournety for her hand in marriage. Of cause, she said yes and much to our surprise, the couple decided to officially tie the knot at a courthouse in California with only their parents present. Now in true Hollywood fashion, the couple went all the way to Italy to have a three-day wedding. There were many A-list celebrities in attendance at this extravagant wedding.