The stadiums on this list have all experienced memorable moments in the history of world football, which is a major component of all sports. The significance of a stadium in the history of the game, the team that plays there, and, of course, the spectators themselves all have an impact on a stadium. The atmosphere in a football match holds considerable importance as it shows the fans fervor and enthusiasm, setting up the stage for an exciting contest. Here’s our ranking for the most iconic football stadiums in the world. 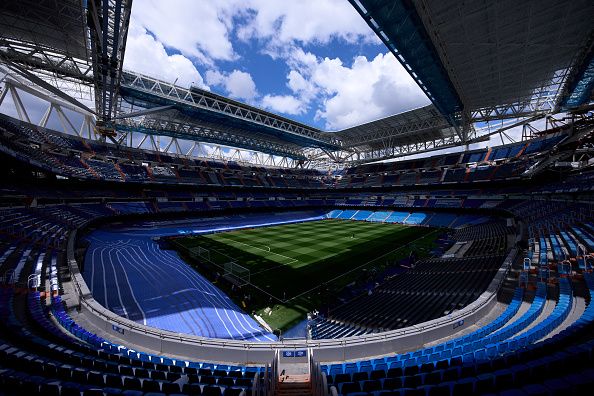 The Estádio do Maracan, Brazil’s most famous stadium, was built in 1950 and is currently undergoing renovations in preparation for the 2014 World Cup, which it will likely host.It served as the site of the 1950 World Cup final, where Brazil fell to Uruguay in a manner that many Brazilians found puzzling.Great players like Zico and Garrincha have also played there, along with Flamengo, and Fluminese at various points in their histories.

The Santiago Bernabeu, first opened its doors in 1947. 85,000 people can fit inside at once. Santiago Bernabeu, perhaps the greatest club president, had the stadium christened in his honor. In this stadium, legends of the game like Alfredo Di Stefano and the French legend and tactical manager, Zinedine Zidane, have exhibited their prowess. Numerous big finals have taken place at the Bernabeu, which also served as the home of one of the most well-celebrated teams in the annals of world football, the galacticos, Real Madrid.

Football’s finest moments have occurred at Wembley Stadium, which is regarded as the game’s birthplace. These achievements include England’s triumph in the 1966 World Cup and Germany’s triumph in the 1996 European Championship, which featured the first Golden Goal in history. The FA Cup, one of football’s oldest events, is also held there every year at the iconic Wembley Stadium. Webley has also hosted the Women’s Euro Cup final between England and Germany and a record attendance showed up for the match.