The World's Most Well-Known Sculptures

Art lovers and travel lovers alike have undoubtedly encountered some famous statues throughout their adventures. From the Statue of Liberty to the Bust of Nefertiti, there are so many incredible sculptures around the world, each with its own backstory and rich culture behind it. Here are a few of the world’s most well-known sculptures that are truly a must-see.

David is one of the world’s most popular and beloved sculptures – and for good reason. In 1501, the great sculptor Michaelangelo was commissioned by the city government of Florence to create this statue, as part of a series that would be featured upon the city’s cathedral dome. However, once it was completed, they were so impressed that they decided to place it next to the entrance of the city hall instead. In 1873, the incredible marble sculpture was moved to the Gallery of the Academy, a local art museum, while a replica was erected in its place. Today, there are three David statues in total, each one attracting thousands of tourists every year.

Getty Images/Martin Backes/EyeEmMany cities have a local landmark by which they are easily recognized from a distance or in a photograph. For the Brazilian city of Rio de Janeiro, this landmark is undoubtedly the famous statue that stands on top of Mount Corcovado called Christ the Redeemer. The concept of the statue was proposed in 1921 by the Roman Catholic Circle of Rio de Janeiro. It was successfully completed in 1931, by a team that included Brazilian engineer Heitor da Silva Costa, French sculptor Paul Landowski, French engineer Albery Caquot, and Romanian sculptor Gheorghe Leonida. Today, Christ the Redeemer, also known as Cristo Redentor,  has become a symbol of Christianity around the world. It stands at 90 feet tall, with its outstretched arms spanning a whopping 92 feet. 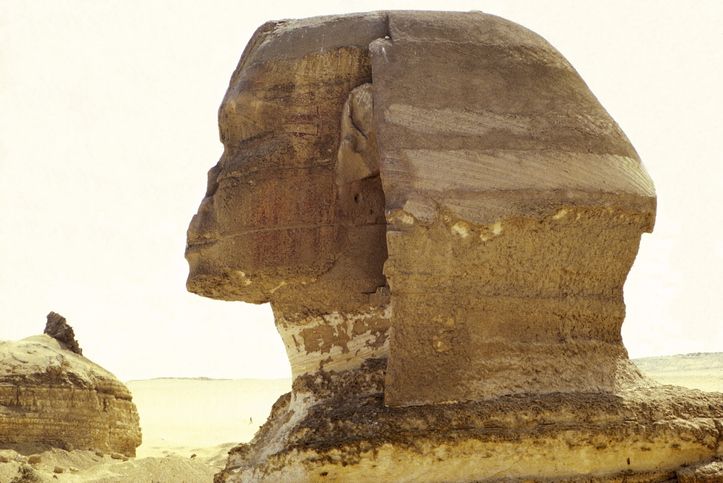 The Pyramid of Giza might be one of the original seven wonders of the world, but the Great Sphinx of Giza is equally impressive. The famous limestone statue features a mythical creature that has the body of a lion and the head of a human. At 240 feet long and 66 feet high, the Great Sphinx is currently the oldest known monumental sculpture in Egypt, and for many centuries, it was the largest known sculpture in the entire world. It is definitely a must-see for anyone lucky enough to visit Giza’s breathtaking desert.