The Tradition Of Throwing Coins Into Trevi Fountain

If you’ve seen movies filmed in Rome, or have been there yourself, then you probably know of the tradition of throwing coins into the famous Trevi Fountain. Visiting Italy’s capital without tossing a coin into the Baroque-style landmark is kind of like going to Vegas and not trying your luck at a casino. It’s become a beloved tradition throughout the years and you know what they say – when in Rome, do as the Romans do. But how did this tradition actually begin? And what happens to all those coins that sink to the bottom of the fountain?

According to urban legend, those who want to return to Rome one day should toss a coin into Trevi fountain over their left shoulder, using their right hand. The tradition started around the time Trevi Fountain was built in 1762, and it was made popular by the 1954 American romantic comedy Three Coins in the Fountain. But apparently, the coin-tossing is more than just a whimsical tradition; by throwing a coin into the fountain, you’re actually doing a good deed. All those coins that gather at the bottom of the world-famous fountain are collected and distributed to a local Roman charity called Caritas, which helps the city’s poor and homeless citizens through subsidization of a special supermarket for those in need. 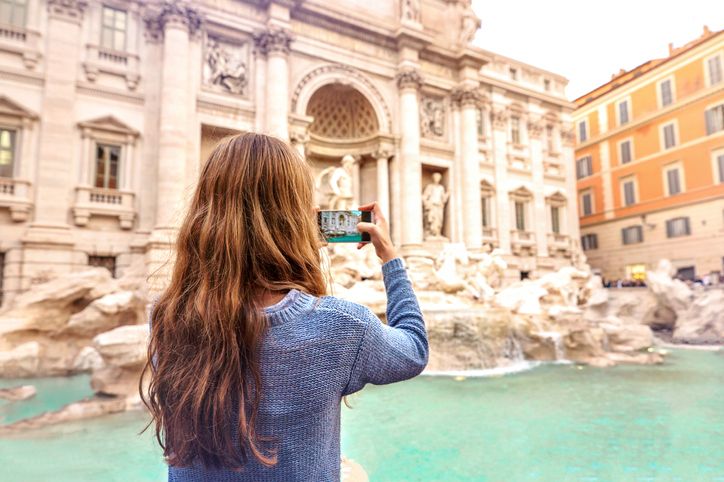 How much money exactly is thrown into the centuries-old fountain each year? Well, that sum varies from year to year, but to put it into perspective, an estimate of 3,000 euros ends up in the fountain each day. Bearing in mind the fact that the money accumulated each day goes to a local charity, it’s not very surprising that it’s considered a crime in Rome to steal money from Trevi Fountain. So next time you’re in the bustling Italian city, remember to carry some change along with you in your purse. Apart from making a great souvenir photograph, tossing a coin into the fountain will undoubtedly make someone else’s day.