The Rise of Bubble Tea

In recent years, the insanely popular Taiwanese drink called bubble tea has taken the world by storm. Bubble tea, also called “black pearl “tea or “boba tea”, was invented in the 1980s in Taiwan. There are tons of different variations, but basically, it’s a combination of tea, milk, and the “bubbles” which are little balls made of anything from tapioca to fruit jelly. Bubble tea has become so ubiquitous in our modern world that it’s even a new official emoji of 2020. It’s even started appearing on top of pizza and inside cheesecake! And if you could believe it, there is even a Nation Bubble Tea Day on April 30th.

The bubble tea industry is expected to grow by almost $2 billion to $4.3 billion by 2027, according to a recent study. In Southeast Asia, there was a 3,000% increase in orders in 2018 alone. The popular drink is spreading outside of Asia, too. In Germany, they added bubble tea to its McDonald’s menu in 2012. Just recently in Singapore when stores were ordered to close due to COVID-19, crowds swarmed to bubble tea shops to get their last drink for the lockdown period. There are lots of sweet sugary flavors to choose from: classic bubble milk tea, brown sugar, panda, fruit and jelly, milk foam bubble green tea, milk tea pudding, bubble tea cocktails, and bubble tea pizza. 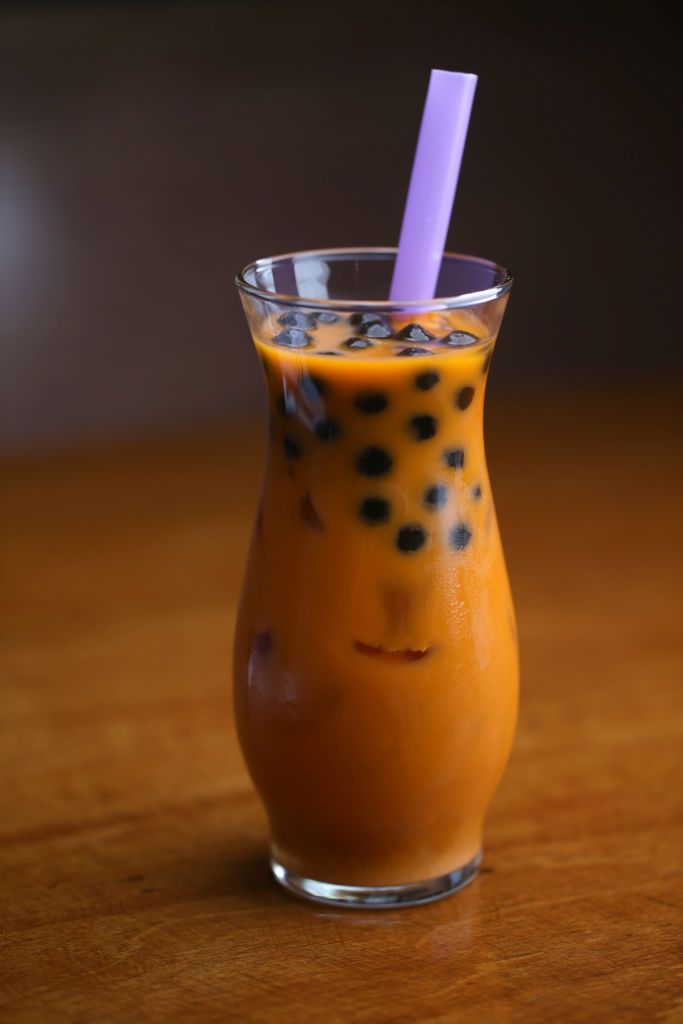 So where did bubble tea come from? In 1949, Chang Fan Shu opened a tea shop selling shou yao (hand shaken) tea made with cocktail hackers. The unique technique resulted in rich, silky iced tea with air bubbles on top. The drink was dubbed foam tea in Taiwan. Chang Fan Shu worked as a mixologist in an izakaya in Taiwan during Wolrd War II when it was under Japanese rule. It was pretty revolutionary at the time because cold drinks weren’t very common and the idea of drinking or eating for pleasure was only beginning to grow in post-war Taiwan. “The trend of tea beverages prospered together with the rise of the leisure food trend in the 1980s as Taiwan was experiencing rapid economic growth,” says Tseng Pin Tsang, a Taiwanese food historian.
“In addition to the industrial pre-packaged tea products, there were more tea shops on the street and tea restaurants in the suburbs.”