The Incredible Life Of Marilyn Monroe In Photos

When we think of Marilyn Monroe, we usually have a certain iconic image of her. Tight blonde curls, pouty red lips, and that flimsy white dress are things that have come to define the American actress. But do we really know her as well as we think we do? Here are some unique moments that give us another view of America’s blonde bombshell.

“My marriage didn’t make me sad, but it didn’t make me happy either.” These are the words of Norma Jean Baker aka Marilyn Monroe about her marriage at the age of 16 – the first of three troubled marriages. In order to avoid another foster home, she married her neighbor, a 21-year-old factory worker. Eventually, they got divorced, but that was only the beginning of Monroe’s rocky path to stardom.

The young actress playing softball on a beach in the 1950s. 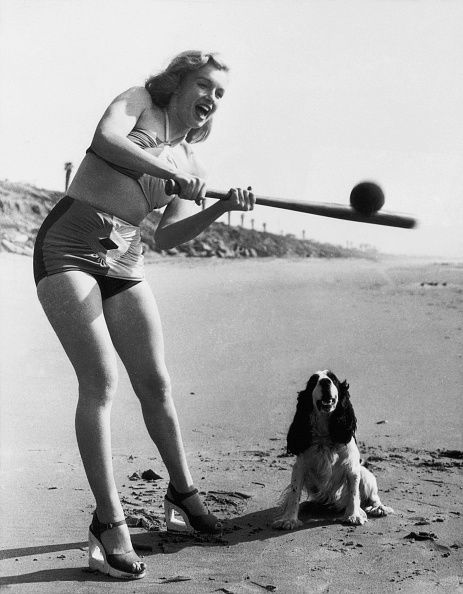 When we imagine Marilyn Monroe, we usually envision her with those perfect blonde curls, red lipstick, and a breezy white dress. However, in this rare moment off duty, the American actress looks totally different than the image she portrayed and is pretty much the girl next door, enjoying a sunny day on the beach – in heels, of course.

We’ve all seen this iconic photo of Marilyn Monroe standing over a New York City subway grate while a breeze lifts up her skirt. Taken during the filming of The Seven Year Itch, it’s a pretty memorable image that was seen by nearly 2,000 bystanders, all trying to get a glimpse of the action. It was a moment that solidified Monroe’s status as a beauty icon.