The Best of OneRepublic

American pop-rock group OneRepublic was founded in Colorado Springs in 2002. Lead singer and multi-instrumentalist Ryan Tedder is joined by guitarists Zach Filkins and Drew Brown, bassist Brent Kutzle and cellist Eddie Fisher, drummer Brian Willett, and guitarist Drew Brown. The band has gained quite some popularity over the years and has produced some of the most amazing music. Without further ado, let’s take a look at some of their best hits.

In the first place comes none other than Apologize. The song is about the agony of a failed romance and the need to go on. This was a huge global success. Australia, Canada, Germany, Holland, Italy, New Zealand, Sweden, and Switzerland were among the nations where “Apologize” topped the charts. Additionally, it topped the Eurochart Hot 100 Singles chart for 14 weeks.

Next comes Counting Stars. The OneRepublic song from their album “Native” includes aspects of the recently fashionable fusing of folk music with modern pop. These components are combined with a dance-pop rhythm pattern. Minor hits were all that “Native’s” first singles could muster. “Counting Stars” originally became popular in Europe, where it then gradually gained popularity in other parts of the world.

Good Life is the next song on our list. The song’s shelf life was quite extended. Thanks to its use in numerous media, it reached its highest point at #8 on the Hot 100 over two years after it was first released. In addition to having TV placements in the programs Cougar Town, Gossip Girl, One Tree Hill, Rookie Blue, and 90210, “Good Life” was included in the trailers for the movies Eat Pray Love and One Day. 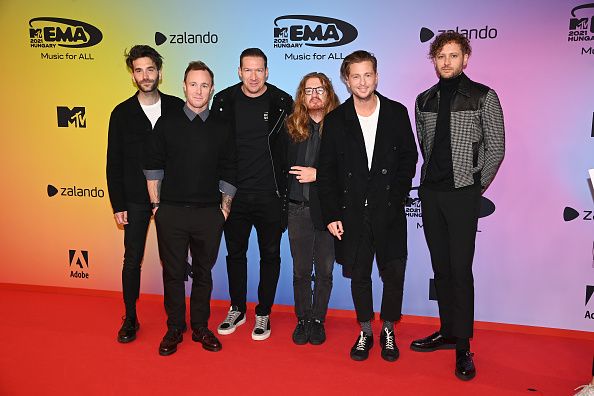 Last but not least is Let’s Hurt Tonight. The third song from the group’s fourth studio album, “Oh My My”, is titled “Let’s Hurt Tonight.” The music video features actors Will Smith and Keira Knightley. The song’s lyrics center on acts of kindness that individuals may perform for one another when they are depressed in order to cheer them up and make their lives a little bit better.