The Atacama Desert Is a Dreamlike Wonderland

If visiting the surface of the Moon is on your bucket list, you should definitely consider taking a trip to the Atacama Desert in Chile. Thanks to its dunes, rugged mountains, and distinctive rock formations, the area is known for its Moon-like beauty.

Valle de la Luna (“Valley of the Moon”, in English) is one of the main attractions in the Atacama Desert. The place is so beautiful that it was declared a Nature Sanctuary back in 1982. It was due to years and years of erosion caused by wind and water that Valle de la Luna achieved its impressive stone and sand formations. 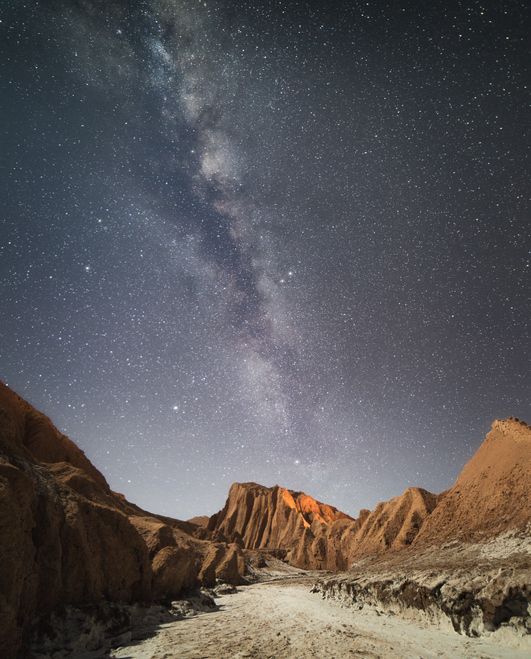 15km west of San Pedro de Atacama, Valle de la Luna is named after its lunar appearance. Dry salt lakes make a white layer covering the area, which is combined with an incredible range of color and texture in the landscape. Besides, the area has caves and salt sculptures so incredible that they look human-made. At sunset, the sky goes from pink to purple to black.

The Atacama Desert is the oldest desert on the planet and has been experiencing these semiarid conditions for around 150 million years. Without a single drop of rain in hundreds of years in some areas, the Atacama Desert is so dry that it is considered one of the driest places on Earth. 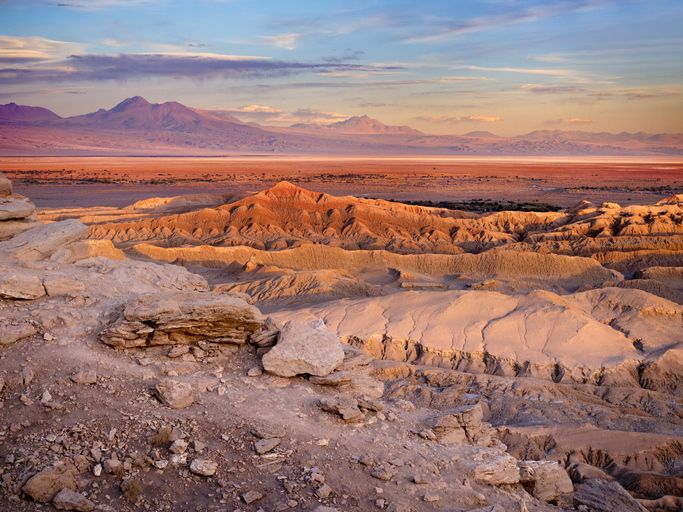 Because of its dryness, scientists from the European Space Agency used the area to test a prototype for a Mars rover in 2012. In fact, its unique appearance has made the Atacama Desert an extremely interesting location for movies and television shows. One of the most famous movies shot in the scenery is Stanley Kubrick’s “2001: A Space Odyssey”, from 1968.