Netflix’s overnight sensation, the television series Stranger Things, has held fans in a chokehold for over five years. Along with satiating our appetite for drama, we can count on the show’s stellar cast to serve us great tunes. Most of the Stranger Things cast is musically inclined, with some being part of rock bands or having a singer-songwriter career. We look at the different musical genres the cast indulges in and which rising stars you should look out for!

Joe Keery, who plays the swoon-worthy Steve Harrington, was previously part of the Chicagoan rock band Post Animal as a drummer and guitarist. After the band dissolved, Keery started releasing music under his alias Djo. Kerry’s first release, “Roddy,” was a spin on the indie rock genre, with the song gaining excellent traction on TikTok. Joe Keery released his first album in 2019, also titled Djo, which was positively reviewed by critics, which is hard to achieve nowadays. Keery is now preparing to release his second album, Decide, which is projected to be a synth-heavy record. 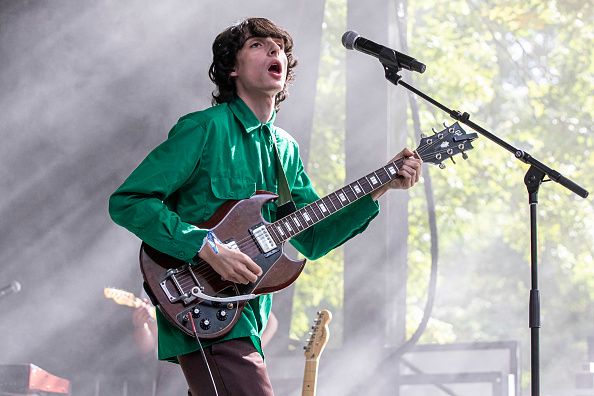 Maya Hawke plays the goofy Robin Buckly on the show and is a blossoming singer-songwriter. She delves into the genre of alternative/indie with pleasurable jazzy influences in her singles. Her first album, Blush, was an ode to the collection of aching folk-rock tales. Hawkes’ classic take on music is popular with worshippers of the indie genre. Hawke, 24 is already on to release her highly anticipated sophomore album Moss whose first single, “Therese,” earned critical acclaim.

Season regular Finn Wolfhard, who plays Mike Wheeler on Stranger Things, has had a very dynamic music career at a young age. He was the lead vocalist for teenage rock band Calpurnia who attracted attention through their cover of Twin Peaks song Wanted You. After the band parted ways, Wolfhard formed the rock outfit Calpurnia with his former band member. The band released its debut album, “Karaoke Alone,” in 2021.