Snarky Puppy is an American instrumental ensemble, led by bassist Michael League, and hosts a 19-member roster with well over 40 other musicians. Founded in 2004, the group plays a blend of rock, funk, folk, and jazz music styles together, creating harmony, with plenty of improvisations during a gig or concert. Some ensemble members boast of having performed with numerous other top artists, including Marcus Miller, Justin Timberlake, David Crosby, Michael McDonald, and Snoop Dog. They have 4 Grammy Awards to their name, for Best R&B Performance and Best Contemporary Instrumental Album categories and the band is poised to release another album, “Empire Central”, soon, which is a double album recorded live with 8 original tracks on each disc. 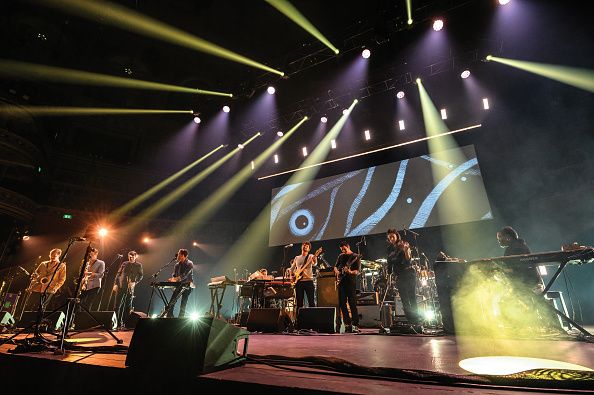 Having mixed several genres, the band creates music that is instantly complex, but the tune is free and full of warmth for the listener. Despite having many members playing several different instruments, guitar, drums, keyboard, bass, electric violin and brass, the song on stage merges to create a tune that is unrestricted but intense, unbounded but also powerful. Due to the sheer number of artists, there are bound to be mistakes and improvisations, which makes the melody even more stunning, as the music is not always the same each time, which feeds into the band’s appeal.

In Empire Central, the music isn’t only played and arranged by the members of Snarky Puppy, but the tunes themselves have also been written by members of the band, having taken inspiration from 70’s funk jazz sounds and the hip hop beat of Take It! by Bobby Sparks as well as being influenced by street music in America. Of the two albums, disc 2 is the livelier one, with several tracks having an interplay of guitars, keyboards and catchy brass that add to the rest of the album’s foot-tapping music.

The album aims to put together a set that has enough musical interest, different moods, and showcases the sound of Snarky Puppy to good effect. Music enthusiasts and the world much await the album.