Around this time each year, Google releases its annual Year in Search List. This list is comprised of trending topics in a wide range of cultural and entertainment spheres, including the music industry. Unsurprisingly to many of us, this year’s “Most Searched Artist” list was topped by none other than Shakira. The 43-year-old Columbian singer and songwriter is known for her versatility in musical styles and has won many awards and accolades for her performances over the years. However, 2020 was an especially noteworthy year for the “Hips Don’t Lie” singer, making it no surprise that she snagged the coveted title.

While she has always been a popular artist, Shakira’s popularity soared this year after the Super Bowl LIV halftime show. Her co-performance with fellow singer Jennifer Lopez was watched by a whopping 103 million people and snagged the singer a frenzy of headlines. Furthermore, some of the show’s more epic moments made her the subject of viral memes, cementing her status in the internet hall of fame. Many other popular artists made it onto the prestigious list, with the remaining top-five spots filled by August Alsina, Adele, Doja Cat, and Grimes. Apart from their musical feats, many of these artists have experienced a boost in notoriety due to events in their personal lives, such as Grimes’ marriage to billionaire business magnate Elon Musk. 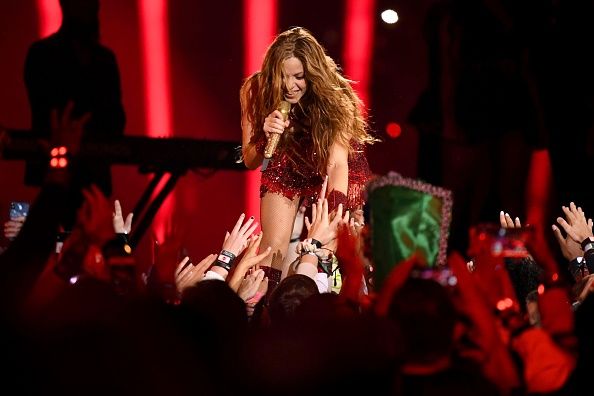 Another unsurprising result was the winner for “most searched lyrics”. “WAP”, the raunchy hit by Cardi B and Megan Thee Stallion, had overwhelmingly the most searched lyrics this year. Closely tailing “WAP” on the list were Roddy Ricch’s “The Box” and Eminem’s “Godzilla.” While hip-hop songs clearly dominated this category, another trend was apparent when it came to most-searched lyrics: TikTok hits. The top-ten “most searched lyrics” songs included Jasmine Collins’s “This is for Rachel”, Arizona Zervas’s “Roxanne”, and Conan Gray’s “Heather.”