Sam Smith's Cover of 'Fix You'

There’s a reason why so many people are crazy about Sam Smith. The English singer doesn’t just make good songs but also has one of the most distinct voices in the business. The almost “diva quality” of their voice is demonstrated in singles like “Too Good at Goodbyes,” “I’m Not the Only One,” “Stay With Me,” and their infamous James Bond theme song, “Writing on the Wall.” Luckily for fans of the singer, it seems like another track can be added to this list. After they performed a moving cover of Coldplay’s “Fix You,”  Smith has finally released the first version of the song. And, to no one’s surprise, it’s incredibly emotional.

“Thank you @Coldplay for writing such a beautiful song,” Smith posted on his social media page, along with a clip of himself singing the song. On a separate post, the singer wrote, “I love this song, and as soon as I heard it I was just reminded again of how much of a classic it is.” Smith performed the Coldplay cover during an iHeartRadio Living Room Series back in May. The singer has noted that they have “fallen in love with singing again” during the coronavirus pandemic, adding that they also enjoy singing songs that aren’t their own, such as “Fix You.” 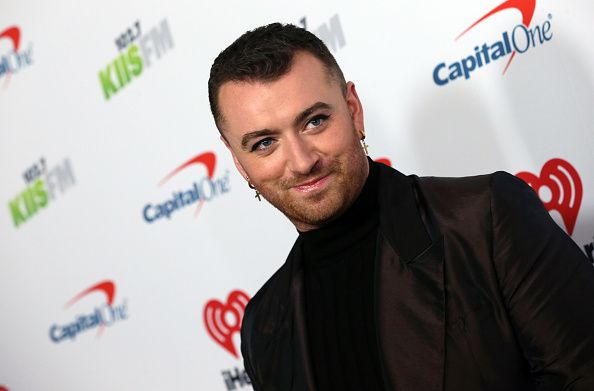 “The last few weeks, well the last few months, have been so mad for everyone,” Smith told Billboard. “And I’ve just been at home, and really weirdly fallen in love with singing again. I’ve been singing so many different songs, songs that aren’t my own.” He went on, adding, “I love this song, and as soon as I heard it I was just reminded again of how much of a classic it is…I’ve never actually seen Chris Martin perform this live, but I really want to, because I’ve fallen in love with this song after singing it.”