Roger Federer has dominated tennis over the course of his career. His 20 career men’s singles Grand Slam championships is the most in the history of the sport. But where did the great begin? Well, Federer was born in 1981 in Basel, Switzerland. He began playing tennis at 8 years old and became Switzerland’s junior champion at 14 years old. In 1998, he won the Wimbledon junior singles championship and won the Orange Bowl junior tournament crown in Miami. He made his debut on the Swiss David Cup team and at 18 years old became the youngest tennis player to end the season among the world’s top 100. Federer competed in his first Olympic Games in 2000 in Sydney. And by 2002 he was ranked number six in the world.

From there Federer just kept on breaking records. But he would find his match with Spain’s top player, Rafael Nadal. At the French Open in 2007, he was defeated in the finals by Nadal once again. The rivalry between Federer and Nadal continued into Wimbledon in 2007 and for years to come. Their rivalry was like a tennis match in itself. It was there during that match in 2007 that Federer beat Nadal and became the second male player in more than 100 years to win five consecutive Wimbledon titles. 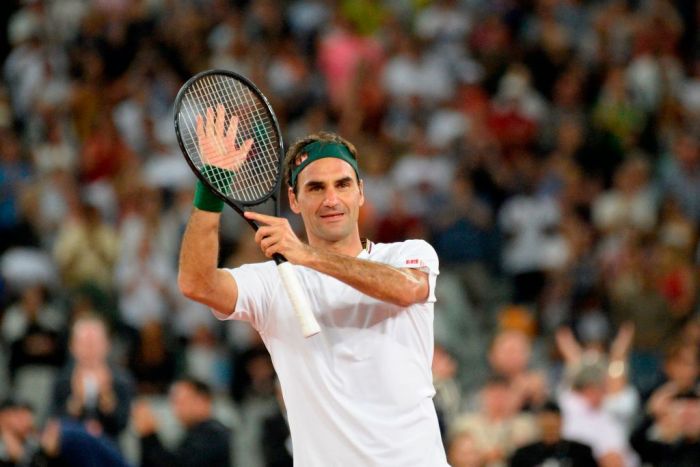 It surprised no one when Federer continued to make sports history when he won his fourth consecutive U.S. Open in 2007. Federer’s record winning streak came to an end when he yet again lost to Nadal in the Wimbledon final. In August 2008, Federer lost his number one world ranking to Nadal, but he kept on trying. The following month, Federer won the U.S. Open. During that same year at Wimbledon, Federer defeated Andy Roddick in a marathon match and won his sixth Wimbledon championship regaining the world number one ranking.

From there on out, Federer dealt with a persistent knee injury resulting in his withdrawal from the 2016 tennis season. And in 2017, he made an astonishing comeback. He won the singles title in an epic five-set final match against his rival Nadal. Federer’s resurgence shocked the tennis world. At that year’s Wimbledon, he did not lose a single set and won a record-breaking eighth Wimbledon title. Federer has already won the world’s respect as an exceptional star tennis athlete, but he also deserves the credit of being one of the most determined, hard-working and driven athletes in the game.