Rihanna’s Going To Be A Mom

Rihanna is becoming a mom! Yes, it’s true, the famous singer is finally becoming a mother. Fans have been waiting for years for this news. But the time has finally arrived. After years of fake news and relationships, the singer and business owner finally set the story straight. She is expecting a bundle of joy with her boyfriend rapper ASAP Rocky and we are all here for it. 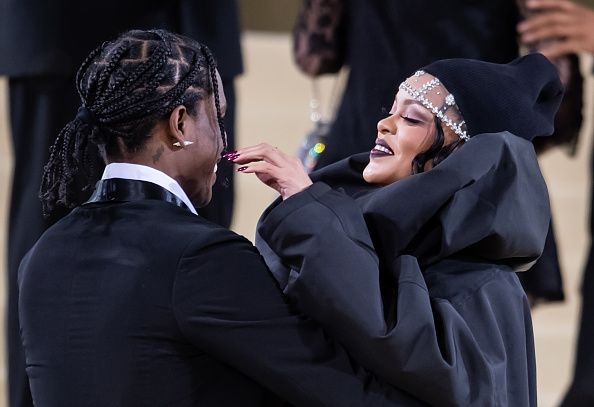 The singer, designer, business owner, and fashion icon has been in the public eye for years. Everyone has watched her dating life for years and each time fans have hoped that she was pregnant. Unfortunately, she wasn’t ready to settle down and start a family. Instead, she had her fingers on a variety of other business opportunities. This included her music career, her makeup brand, and her lingerie line.

Rihanna released her first debut single in 2005. Since then she has released and successfully sold 8 studio albums. At the time the singer was known for producing hit after hit. But then she just stopped. Once Rihanna stopped releasing music fans thought she might be working on creating a family. However, this was wrong. Instead, she came out with a make-up brand.

In September of 2017, Rihanna broke the internet when she launched her makeup brand Fenty Beauty and its first line of foundation. Fans went crazy over this but still asked “where is the music?” In 2018 the singer launched Savage X Fenty and an all-inclusive lingerie line. Rihanna did all this without releasing a single. With that said both business streams made waves throughout the world.

With a successful music career, a successful make-up line, and a successful lingerie line, everyone was looked at her love life for updates. Rihanna then confirmed that she was seeing a long-time friend and fellow music artist, rapper ASAP Rocky. This came as no surprise, after all, there have been rumors of the two before. On February 2nd, Rihanna took to Instagram to show off her baby bump.