Petra: The Lost City of the Middle East

Known as the Lost City for its history, the city of Petra is one of the most fascinating places to visit in the Middle East. In fact, thanks to its architecture carved into the red sandstone cliffs of the Jordanian desert canyons, Petra has become one of the New Seven Wonders of the World. While most of the city remains buried underground, 102 square miles of the ancient grounds have been excavated and attract thousands of tourists every year. 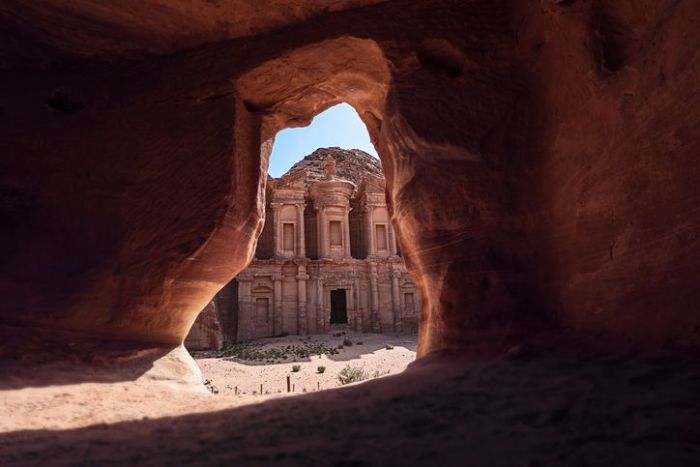 Originally named Raqmu, Petra was built to be the capital of a nomadic Bedouin tribe known as the Nabataeans – who emerged as a political power between the 4th and 2nd centuries BCD. Thanks to the tribe’s involvement in a trading network in the ancient world, the Nabateans were influenced by the Mediterranean, Arab and Roman cultures in their religion and tradition, which is noticeable in their architecture. Eventually, for reasons that remain unclear, the city became neglected by its rulers. So the land of Petra was divided up among numerous Arab kingdoms and vanished as a whole civilization.

Today, when tourists visit the area, they follow the same path that traders and visitors used since the creation of Raqmu. To enter the site, visitors are greeted by the al-Siq, a narrow gorge that ends at the city’s most elaborate ruin, Al Khazneh. When visiting Petra, don’t miss out on Ad-Deir, the impressive monastery built on 3 BD, and the Great Temple, a monumental complex likely completed in the early first century CE.