One of the top managers in the world, Pep Guardiola has made a lot of strides to get to where he is now. This section will discuss Pep Guardiola’s strategies in order to comprehend this amazing journey better. Before starting his management career professionally, Pep Guardiola had no prior experience as a manager at major clubs. Perhaps a lot of people are interested in the strategies used by Pep Guardiola at Barcelona or perhaps Manchester City. He won many trophies as a player with Barcelona, where he began his senior managerial career. 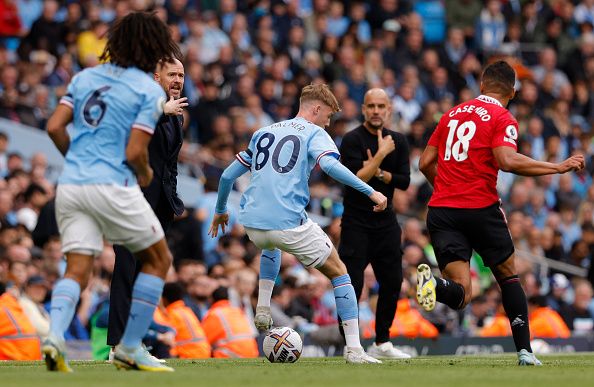 Pep has the reputation of being a manager who can only succeed at elite teams with a significant transfer budget and world-class players, and this is the complete narrative of Pep Guardiola’s strategies at Barcelona. Although there is some truth to the widespread belief that Pep Guardiola’s methods were developed here, it is sometimes forgotten that Pep’s first managerial position was in the Spanish fourth division.

The key components of Pep Guardiola’s tactics were swift and constant movement, one-touch passing, deft positioning, and making the appropriate runs at the right times. Examples include moving beyond the striker and offering choices and interchangeability. Along with excellent passing and awareness, Barcelona also used exceptional ball retention to keep its balance and close control. These strategies and their great planning helped them become an unbeatable squad.