All around the world, new posters teasing Coldplay’s rumored new “experimental” album have popped up in Berlin, Hong Kong, Madrid, Munich and Sydney. At least five new posters were spotted today and some fans even spotted a poster in São Paulo before it was quickly removed. Fans thought it was that the poster was put up too early. But with all the new appearances, it smees to confirm the news! The band recently updated their profile picture to a sun and moon leaving many fans to speculate that the new project is on its way. One fan account, Coldplaying, posted on Twitter, “In case you missed it, Coldplay updated their website and social media profiles with all new branding in preparation for an upcoming release!”

It’s been reported that Chris Martin and the rest of the band are making a return with an “arty” record before the year is out. There is also talks of the band dropping a more mainstream album in 2020. “The first album is the more experimental side of Coldplay, they probably won’t tour until 2020 when the next one arrives,” a source recently told The Daily Star. The same fan account, Coldplaying, posted on Twitter than promotional artwork for the album appeared in São Paulo. 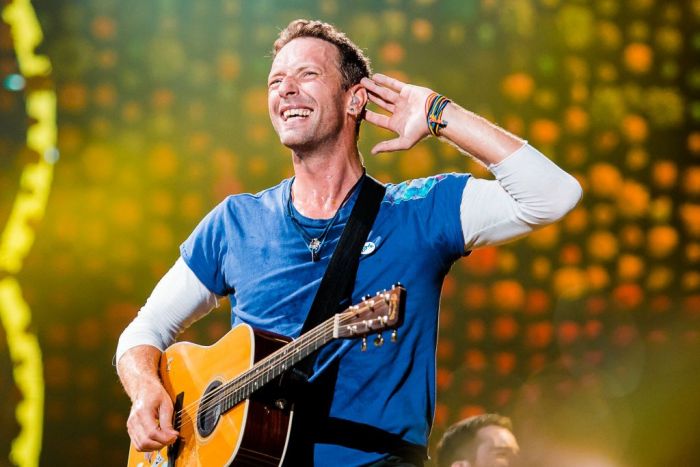 The outlet says that the poster was put up at the Paulista metro station and was removed just hours later. Coldplay hasn’t release an album since their 2015 acclaimed ‘A Head Full of Dreams’ were believed to be releasing a new record in 2019 after collaborator Mat Whitecross told NME, “I’ve heard a few things and filmed a few bits of them talking about it, but I don’t think I’m allowed to share anything. It’s interesting.”