The Rolling Stones are pretty much one of the most legendary rock bands out there. Formed in London in 1962, the English band’s original line-up consisted of band leader Brian Jones, Mick Jagger, Keith Richards, Bill Wyman, Ian Stewart, and Charlie Watts. While the band has changed slightly over the last couple of decades, the rock band is still going strong. Current members include band originals Jagger, Richards, and Watts, along with Ronnie Woods, who joined in 1975. Just recently, the band’s lead vocalist Mick Jagger gave fans a quick update about some new music by The Rolling Stones that is currently in the making.

Earlier in 2020, The Rolling Stones released a new track titled “Living in a Ghost Town.” This standalone single wasn’t part of any new album, yet it inspired hope for many Rolling Stones fans that even more new material would soon be on its way. Indeed, during the recent lockdown period, Mick Jagger used the time to work on some new band-related projects, which was taken by many as a sign that The Rolling Stones might be releasing some new tracks in the very near future. Jagger recently appeared on The Zoe Ball Breakfast Show, where the singer was asked some questions about the latest material that he’s been working on. 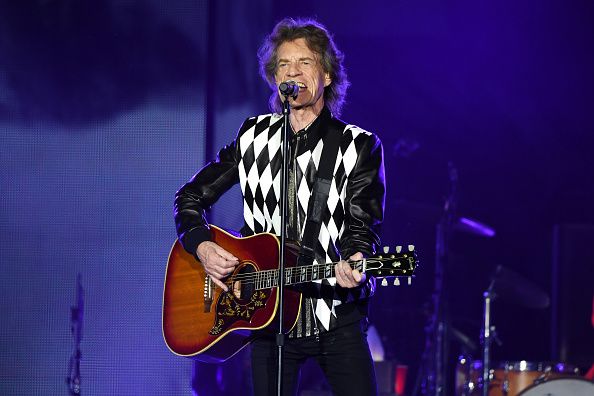 “I don’t know… don’t hold your breath!” Jagger replied to a question about the band’s new music. “We recorded a bunch of tracks at the same time we did ‘…Ghost Town’, so actually I’ve been finishing off the vocals and some other instruments on them, and doing some mixes. So I’m working on it.” The rock singer continued, adding, “We’ve got to get together and do a couple more sessions on them. But we’re not really gonna get together right now. But it sounds good, what we’ve already done—[it] sounds pretty good to me.”