Basketball is a sport watched by hundreds of millions of people from all over the world. It is a sport that requires both physical strength and mental fortitude. There are many that have made their mark on the great game, but very few that have done so in the same manner as Michael Jordan. 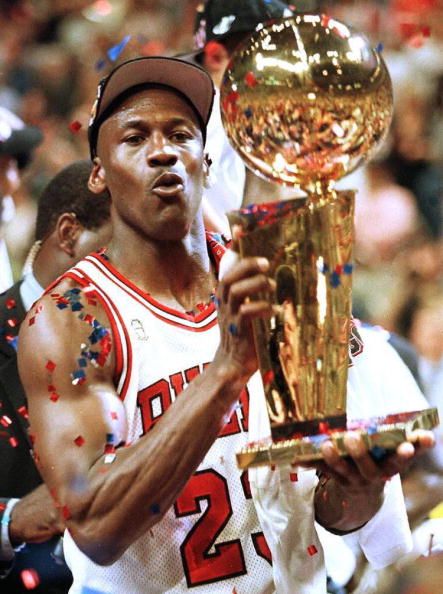 Michael ‘Air’ Jordan, otherwise known by fans as ‘Jumpman’, has been noted down as one of, if not the, greatest basketball players that ever lived. On top of taking his team, the Chicago Bulls, from the brink of failure to winning multiple NBA championships, as well as winning the Olympic gold medal alongside the United States national basketball team, Michael Jordan also did many things for the people – he showed everyone that no matter where you are, or how many obstacles present themselves before you, complete domination is still possible. In his case, not possible, but definite.

Jordan had many strengths that separated him from his competition. Standing at around 6 feet 5 inches tall with an athletic frame built up over years from both Basketball and weight lifting, Michael Jordan posed quite the aggressive assault against his opposition. Not only was he difficult to surmount on account of his stature, but his skills were also a mark above the rest. Jordan’s dexterity, his ball handling, was like no other. He could perform multiple maneuvers within the space of seconds, and did so with such speed and focus that the opponent was left flustered.