“Masala” literally translates to spicy, from Hindi. Consequently, the question comes up- does masala chai mean spicy chai? Well, not literally. Masala chai is made with the addition of spices to the usual chai. However, the spices added do not make the chai spicy. The spices added to chai include cardamom, cloves, ginger, and cinnamon. These help enhance the taste of chai itself, along with adding a more sophisticated taste to the beverage. 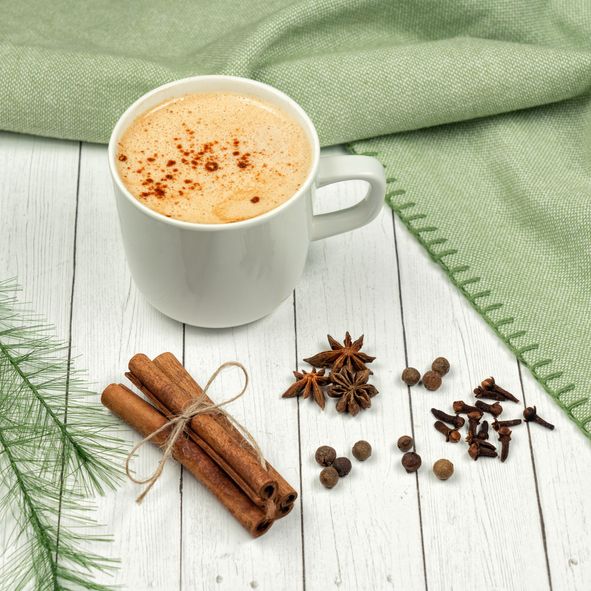 This Indian beverage, which originated from India has been gaining popularity around the world. It is now available at many cafes, however, you can easily make it at home. Simply add the three spices mentioned above, when the chai is brewing. Afterward, add in the milk and allow the mixture to boil further. Let it boil for around 5 to 10 minutes on low heat. Lastly, strain the mixture into a cup and enjoy! The best thing about masala chai is not just its immaculate flavor, but also the many health benefits it has.

The spices used in preparing masala chai, mainly ginger, have strong anti-inflammatory properties. It is also widely used as a painkiller because it reduces inflammation. Cinnamon and cloves are known to boost immunity. If you have the flu or a cold, drinking masala chai will be an excellent way of getting relief! Masala chai also aids digestion. Sometimes tulsi, along with cloves is also used, and both these ingredients are proven to aid digestion. Drinking this chai after a big meal will help provide relief and comfort, especially if you are someone who suffers with indigestion. Lastly, masala chai is an excellent way to boost energy levels. With the high amount of caffeine it contains, a big cup of masala chai in the morning can help you set the tone for the day!