Mariah Carey Is First Artist With No. 1 Hits In Four Different Decades

It’s common knowledge that Mariah Carey is considered one of the greatest music artists of all time. The American singer and songwriter has sold more than 200 million records worldwide and has won many awards over the years. Now, the R&B singer has broken yet another record in her long, illustrious career. She is officially the first artist with no. 1 hit singles in four separate decades.

Mariah Carey broke major records with her iconic 1994 holiday jingle “All I Want For Christmas Is You.” To this day, you can’t walk through a department store during the holiday season without hearing Carey’s breathtaking voice blasting on the speakers. Now, she has broken yet another record, becoming the first artist to have a no. 1 hit on the Billboard Hot 100 during four separate decades. During the 1990s and the early 2000s, Carey’s soulful songs could frequently be found at the top of the charts. However, the tide changed for her in the years to come, with none of her songs reaching that coveted no. 1 status in the 2010s. That all changed when “All I Want for Christmas Is You” managed to reach no. 1 on the charts, 25 years after its initial release. 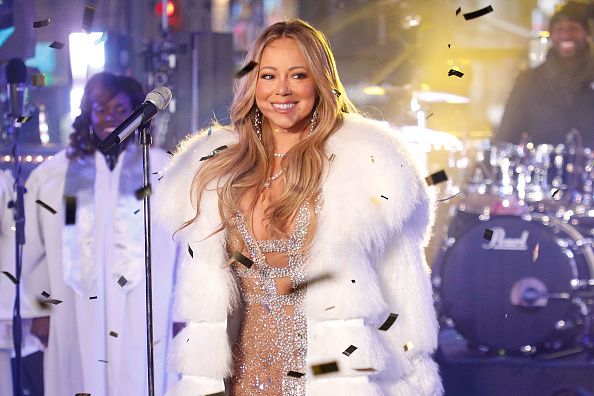 The R&B singer released “All I Want for Christmas Is You” early on in her career. At the time, she had no idea it would reach such massive levels of success. “I didn’t feel, from a strategic point of view, that it was time to do something like that. As much as I love Christmas, I thought that the record company was off. Obviously, I couldn’t have been more wrong,” Carey told Entertainment Weekly while discussing the track’s iconic legacy. The 50-year-old singer, who is referred to as the “Songbird Supreme” by Guinness World Records, is renowned for her five-octave vocal range, her melismatic singing style, and her use of the whistle register, which has become her signature.