Lift Me Up by Rihanna

The singer’s most recent single, “Lift Me Up,” is her first solo track to be published in six long years, since her previous album, “Anti,” was released in 2016. The song was written in honor of the late Chadwick Boseman and included in the soundtrack for the next movie “Black Panther: Wakanda Forever.” Nigerian singer-songwriter Tems, Oscar-winning composer Ludwig Göransson, and “Black Panther” director Ryan Coogler all contributed to the writing of “Lift Me Up.”

Fundamentally speaking, “Lift Me Up” does not aim to be another uptempo Rihanna song. Instead, a slower tempo is used in the song to create a tone of emotional recollection for the impending “Black Panther” film. The speed of Rihanna’s song allows listeners to focus on the singing and consider each phrase. Due to the fact that this song was released before the movie, audiences might associate the relaxing hymn with the tranquil moments from the movie. 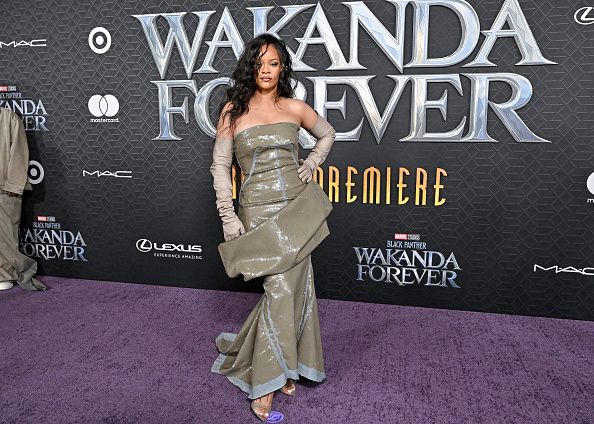 Since becoming a mother recently, Rihanna’s single also appears to mirror her. The singer’s first musical offering since having a kid with rapper ASAP Rocky is “Lift Me Up.” Rihanna’s singing and humming lull “Lift Me Up” into a smooth and peaceful pace, making it sound like a lullaby. This new look could represent her experiences as the mother of her son, who was born in May.

The ballad’s almost entrancingly slow tempo makes it easy to listen to it more than once. Additionally, the song’s lyrics are strong, with each word being fascinating and hauntingly powerful. Although the ballad appears brief and simple at first listen, each of its lyrics is crucial to achieving the single’s aim—to remember those who have passed away. While some fans might be shocked by Rihanna’s slow hymn comeback, “Lift Me Up” is crucial in setting the tone for the upcoming “Black Panther” movie and honoring Chadwick Boseman’s legacy.