Many Led Zeppelin fans would love to see the band get back together and perform on stage one last time. However, it doesn’t look like that’s going to happen anytime soon. According to the band’s guitarist Jimmy Page, it is “really unlikely” that the band would ever tour again in the future.

Formed back in 1968, the English rock band consisted of vocalist Robert Plant, guitarist Jimmy Page, bassist and keyboardist John Paul Jones, and drummer Jonn Bonham. The band eventually split up in 1980, when their drummer John Bonham suddenly passed away. Since then, the band got together a few more times to perform for fans, despite being broken up. Their last live performance took place in 2007 at The O2 arena in London with Jimmy Page, Robert Plant, and John Paul Jones reuniting and playing a 16-song setlist. During the performance, Jason Bonham, the son of late drummer John Bonham, replaced his father as the drummer. 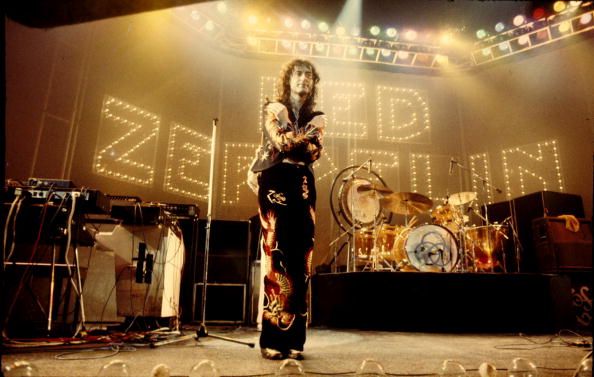 At the time, rumor had it that the group was planning to reunite again for one more tour. Recently, Page was a guest on Zoe Ball’s Breakfast Show on BBC radio, where he confirmed that the band did have plans for a tour. However, according to the guitarist, that didn’t end up happening. “It would’ve been really good to have done that after the O2, because we’d put a lot of work into the O2 and we were really on it. But it didn’t come off,” Page told the radio show.

Later in the interview, he asked whether Led Zeppelin might ever embark on that tour sometime in the future. Unfortunately for eager fans of the legendary rock band, the answer was negative. “It seems really unlikely that there would be a tour in the future,” Page said. “Unlike The Rolling Stones, they do sort of know that the fans love that  – I know that with Led Zeppelin fans too. But it doesn’t look as though there’s anything in the future, unfortunately.” The guitarist continued, adding, “We’re talking about a concert that was gigantic at the time, but it’s 2007 – time passes.” Despite the fact that Led Zeppelin isn’t playing together these days, band members reunited in 2018 in order to commemorate the 50th anniversary of the band, releasing an illustrated book along with a special vinyl reissue of their 2003 triple live album How the West Was Won.