Fans of Lady Gaga have been waiting patiently for her latest album release. It’s been around four years since her last album Joanne so it’s no wonder people are getting antsy. On May 29, all that waiting finally paid off, as the American pop singer finally released her much-awaited new album, Chromatica. And let’s just say that the length of the album is nearly as long as the wait itself – Chromatica includes a total of thirteen songs, as well as three orchestral interludes that divide the album into three separate parts. The album was released a mere two weeks ago but already, Chromatica is topping charts all across the world. Amazingly, the album is her sixth to reach that coveted No. 1 spot.

Gage is clearly one of the most talented singers of our generation, as she has proven time and time again through her numerous albums, as well as in the hit movie “A Star is Born.” Her latest album is no exception. Chromatica perfectly showcases Gaga’s raw talent, as well as her creativity. Featuring pulsing electro beats and a futuristic tone, the album is a refreshing shift from the singer’s previous albums. The first track, “Alice,” is clearly inspired by Alice in Wonderland, and perfectly sets the vibe for the rest of the album. Other prominent singles on the album include “Sour Candy” (which she collaborated on with K-pop band BLACKPINK,) “Stupid Love,” and “Rain on Me.” The latter song featured vocals by Ariana Grande, and was described in Gaga’s words as “a celebration of all the tears… It’s two women having a conversation about how to keep going and how to be grateful for what you do.” Grande also took to Twitter to gush about the experience of working with Gaga: 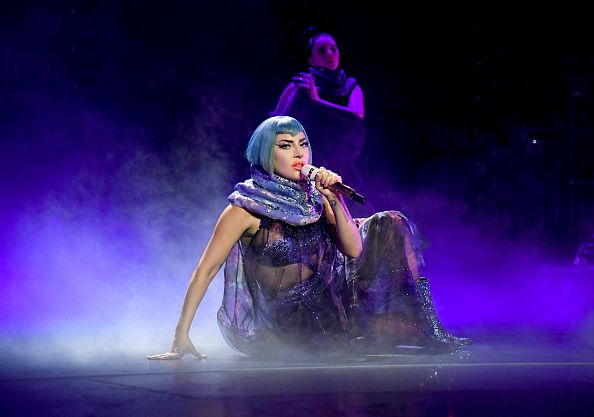 “one time ….. i met a woman who knew pain the same way i did… who cried as much as i did, drank as much wine as i did, ate as much pasta as i did and who’s heart was bigger than her whole body. she immediately felt like a sister to me.” Grande tweeted on her official Twitter account. The pop singer continued her emotional social media post, adding, “she then held my hand and invited me into the beautiful world of chromatica and together, we got to express how beautiful and healing it feels to mothafuckinnnn cry ! 🌧 i hope this makes u all feel as uplifted as it does for us both. i love u @ladygaga, u stunning superwoman !”