Fans of the Jonas Brothers will have to hang tight for a little while. Just recently, the American pop-rock band announced to the world that they will be pushing back the upcoming release of their memoir, Blood: A Memoir by The Jonas Brothers. This isn’t the first time the brothers and bandmembers have rescheduled the memoir’s release. Back in February, they rescheduled the release for October 20. Currently, a new date has yet to be confirmed.

The Jonas Brothers took to their official social media account to relay the news, which was disappointing to some of their followers. The post provided some solace to those fans who are eagerly awaiting the book’s release. “It’s important to us that our memoir ‘BLOOD’ is perfect and that we share it when the time is right. Because of that, we’re taking some extra time to write our story. We’ll update everyone shortly once we have more info,” they wrote on Twitter. 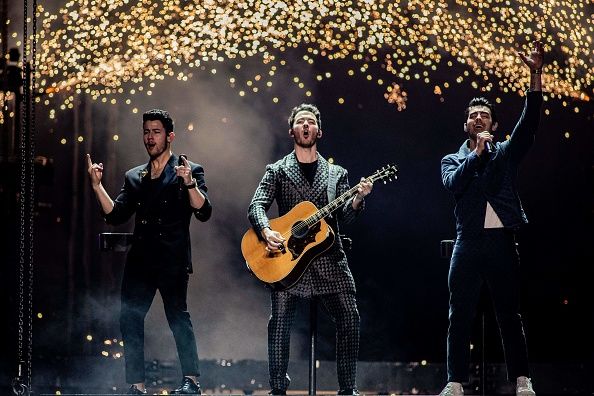 The much-awaited memoir “details the incredible true story of the Jonas Brothers, from the band’s creation, phenomenal rise to superstardom, break up at the height of their fame, and now reunification. Written with Neil Strauss, coauthor of The Dirt, and told in their own words, this is a totally unfiltered memoir about three brothers who learn that blood is thicker than fame,” as stated book’s official website.

Formed in 2005, The Jonas Brothers rose to prominence in the entertainment industry through their many appearances on the Disney Channel television network. The band has recently experienced a boost in popularity as a result of their surprise reunion last year. Since then, the band has No. 1 Hot 100 hit song. a No. 1 Billboard 200 album, an incredibly successful tour, as well as two documentaries. Just judging by their success in the past year alone, it doesn’t look like the Jonas Brothers plan on slowing down anytime soon.