Fans of the Latin pop music genre will definitely be excited about this latest collab. American pop icon Jennifer Lopez and Colombian singer Maluma have been teasing fans about their upcoming collaboration for a while now, and just recently, the world got what it was waiting for. The pair teamed up on a double single called “Pa’ Ti + Lonely,” dropping not one, but two sultry songs. In addition, the tracks come complete with an accompanying two-part music video, which is nothing short of the dramatic and luxurious performance we were expecting from these two.

The music video is basically and eight-minute-long mini film. Its main character is a corrupt billionaire who has a complicated relationship with her driver. Oh, and her driver is secretly leading a double life too. Apart from its dramatic plot, the music video also entertains viewers visually. Featuring luxurious outfits, expensive cars, and giant mansions, Lopez and Maluma definitely didn’t skimp out when it came to the luxe factor. As if that wasn’t enough, the highly awaited video also features amazing choreography – no surprise, this J Lo we’re talking about – as well as some special cameo appearances. TikTok users in particular will be excited to catch a glimpse of Charlie D’Amelio at the beginning and end of the video, where the 16-year-old social media personality and dancer got to show off a few moves of her own. 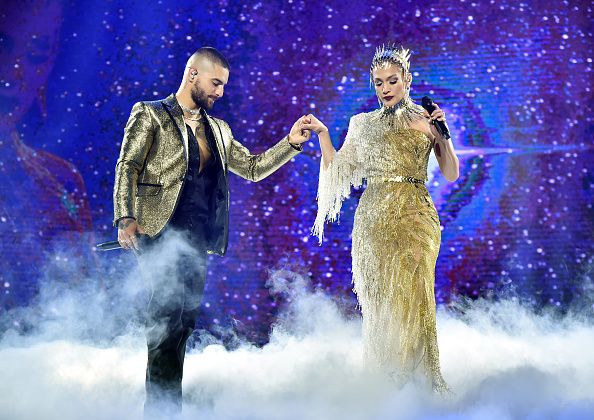 The two-part music video was directed by Jessy Terrero, who has teamed up with both Lopez and Maluma in the past. While “Pa’ Ti + Lonely” is the first track that features both artists, they have worked alongside each other before, on various projects. They also have upcoming plans to work together in the future. It was recently announced that Maluma would make his acting debut in the 2021 rom-com Marry Me, which will be produced by none other than J Lo herself.