Japan Has A Museum Devoted To Cup Noodles

Japan is a country known for its unique culture. Anyone who has traveled there knows that there are just so many interesting things to do and see that one would definitely not find anywhere else in the world. Well, now we have one more reason to book a flight because apparently, Japan has a cup noodles museum. Yup, they actually have an entire museum devoted to this local product, complete with instant noodle-themed exhibits and art. The museum, also known as Ando Momofuku Htsumei Kinenkan, is located in the Minato Mirai district of Yokohama, the second-largest city in Japan. Interestingly, this is actually the second cup noodles museum to open in the country; the first is the Momofuku Ando Instant Ramen Museum in Osaka.

The Cup Noodles Museum was opened by the Nissin Food company, whose founded invented instant ramen noodles back in 1958, offering a quick and convenient meal option to the Japanese public. The museum offers a detailed history of instant ramen noodles through its many activities. Apart from a short film, there are also an array of whimsical exhibits, such as a replica of the original shed where the noodles were invented and a visual timeline of instant noodle products from around the world. Visitors can enjoy a small collection of modern art installations; these pieces capture Nissin’s openminded approach towards creating new products such as space ramen for astronauts. 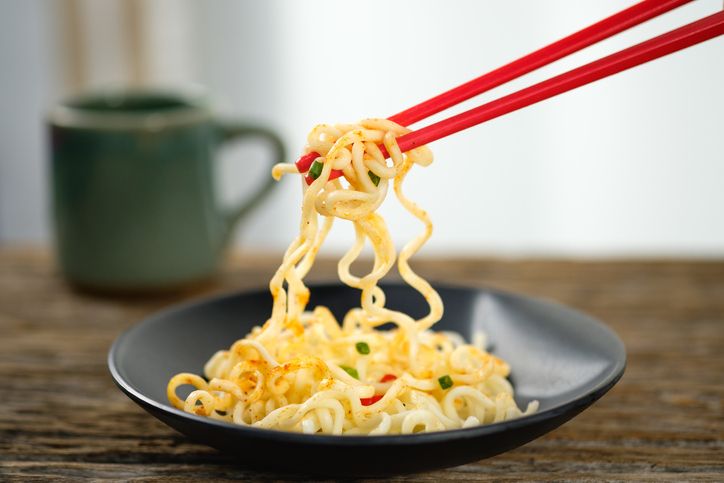 The museum also offers a variety of interactive workshops that are perfect for the whole family to enjoy. One of the most popular ones is the ‘My Cupnoodles Factory’ workshop, which allows visitors to create their own original cup noodles by choosing from a variety of soup flavors and toppings. Or, stop by the ‘My Chicken Ramen’ workshop, where you can create your own instant ramen noodles from scratch and take them home later. Apart from these workshops, families can hang out at the Cupnoodles park, a children’s playground modeled after a Cup Noodles factory where kids can pretend to be noodles being prepared and shipped out. After a long day of browsing, the Noodles Bazaar food court is the perfect place to grab a bite to eat and is even designed to look like a real Asian night market. The Cup Noodle Museum is truly a uniquely Japanese experience!