Waiting in airports can often be quite boring. Once you’ve had a bite to eat and explored the airport’s duty-free shops, there really isn’t much else to do but sit around and wait for your flight. Luckily for those traveling from Turkey in the near future, it doesn’t look like they’ll face this problem any longer. Just recently, a new museum opened up at Istanbul Airport, featuring fascinating exhibitions on the Turkey’s ancient Anatolian civilizations. For those who enjoy art and culture, this is the perfect way to pass the time before a flight.

The Istanbul Airport Museum officially opened its doors on July 17. Serving as an art and culture area at the airport, the museum also functions as Turkey’s doorway to the rest of the world. Curious locals and visitors passing through the airport can get a glimpse of the country’s rich and vast history before continuing on their ways to other parts of the globe, taking an invaluable piece of Turkish culture with them. The ribbon-cutting ceremony was attended by the country’s tourism minister Mehmet Nuri Ersoy, as well as Istanbul’s governor Ali Yerlikaya. The ceremonious event was launched with an exhibition called Treasures of Turkey – Faces of Thrones. At the event, Ersoy spoke to the crowd about the impact the museum will have. 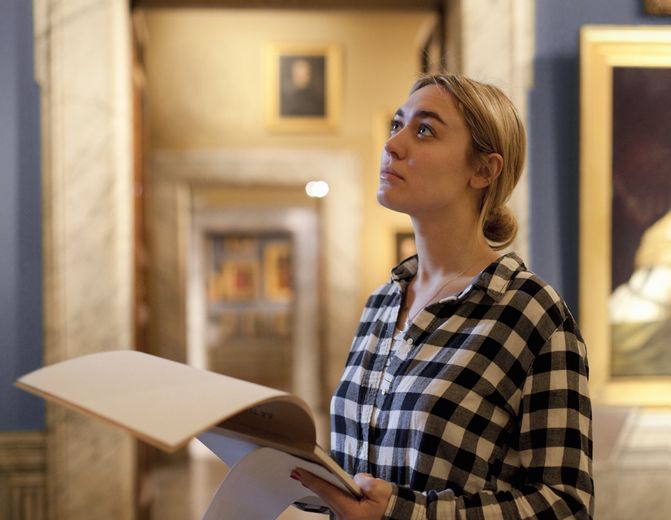 “One-third of foreign visitors are coming to Turkey via Istanbul Airport,” Ersoy said.Last year, around 15 million people entered Turkey from Istanbul Airport and another 15 million people used the airport for transit travels, he added. He continued, adding that the museum would raise awareness for ancient Anatolian civilizations, particularly amongst the many travelers the airport sees each day. He also said that the museum would change up the concept of its exhibitions each year, in order to accommodate frequent travelers.

Yerlikaya also spoke about the museum, remarking that it is the largest airport museum in the world. “With the most modern technological facilities, we will exhibit the thousands of years of experience of Anatolia and Istanbul, personal belongings of kings and emperors, portraits, the throne of ancestors that once ruled the world,” the governor said. He went on to add that this latest airport museum is the 90th museum in Istanbul.