Is Orange Really The New Black?

As the seasons change so do the colors in fashion. Every year there is a new color that is seen as the fashion color of the season. When you look back at the 60s and 70s you will notice that neon colors were at the peak of all fashion trends. A few years ago pastel colors were considered to be the fashion colors of the season. Everyone who was anyone was pictured wearing them. With that said, it has been going around that orange is the new black in the fashion community. But is it really true? If so what does that even mean? 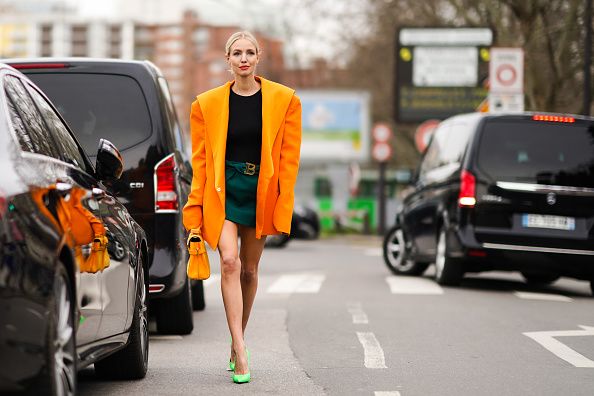 So what does it mean when people say that orange is the new black? Well, it definitely means more than just being a name of a tv show. Let’s break it down. Black is the one color in a fashion that never goes out of season. Whenever a designer comes out with a new collection it is almost guaranteed that they will use black in at least one or two of their pieces. This is because black is and has always been seen as the one color that goes with anything and everything. When wearing black you know that your outfit will automatically look good no matter the occasion.

Now because black has been and continues to be such a staple in the fashion industry, many designers or well-trend setters have tried to find a color that can take over a fashion season the way black does. Unfortunately, up until now there really hasn’t been a color that can match up to black. Yes, there was a time when pink came close but many people weren’t really keen on wearing such a bright color. But that’s where orange comes in. Orange much like black doesn’t fit into any gender-specific box. But that’s not all, orange is also a very warm color that isn’t really too distracting. Now you don’t have to wear it all year round but if you do, no one is going to stare at you oddly.