Inside Amazon's Spheres: An Oasis In A City

According to National Geographic, forests cover about 30% of the planet’s land mass, but humans are cutting them down on a massive scale. The world lost 502,000 square miles (1.3 million square kilometers) of forest between 1990 and 2016, according to the World Bank. To put that into perspective, that is an area larger than South Africa. Additionally, about 17% of the Amazonian rainforest has been destroyed over the past 50 years. So basically, the situation is dire and only getting worse. To combat the loss of greenery, cities have begun building living green zones between their skyscrapers. Amazon Spheres is one such sanctuary. Commerce giant Amazon constructed an incredible office space that houses 40,000 plants from more than 50 countries around the world in the heart of Seattle. The space is a peaceful oasis in the center of one of America’s busiest cities. 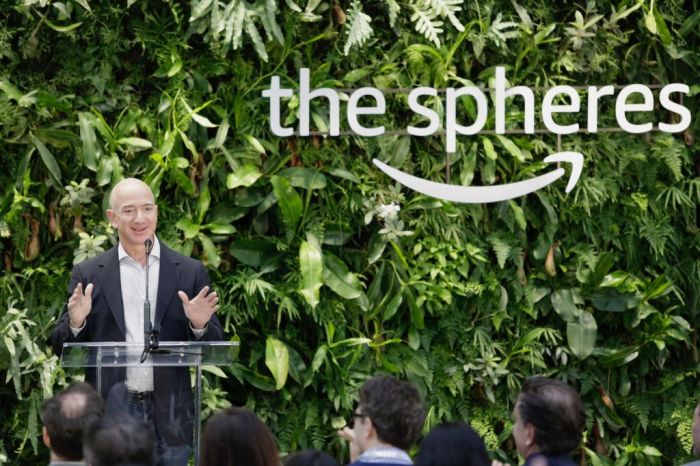 The Amazon Sphere was constructed by U.S.-based architecture and design firm NBBJ. The spheres consist of three glass ‘roofs’ made of laminated panels that are fitted together to create the illusion of domes. Each of the 2,643 panels absorbs light for the plants inside and reflects heat to keep the temperature inside cool and constant. Some Seattle residents complain that the structure is an eyesore. That might not be a huge surprise given that when the design was proposed back in 2012, reviews were split. It took several blueprints before the city approved it and gave the green light for construction in 2015. The first tree was planted in 2017. Meeting areas are strategically placed in nooks and hidden corners with enough room to seat more than 800 people through the sphere. Inside, there are three distinct different spaces that were inspired by different parts of the world. One dome was inspired by African and Asia.