Iceberg-Making Submarine Can Re-freeze the Arctic

Unfortunately, due to global warming, the Arctic is changing. The rising air and water temperature is melting the glaciers. In order to combat the results of global warming, a team of designers are trying to re-freeze seawater in the Arctic to create miniature modular icebergs using a submarine. The project led by Faris Rajak Kotahatuhaha, an Indonesian designer, has worked on the prototype with Denny Lesmana Budi and Fiera Alifa for an international competition organized by the Association of Siamese Architects. The team won second prize in the content for its geoengineering aim to re-freeze the Arctic and transform sea water into new ice fields. Kotahatuhaha and his team set out to create “re-iceberg-isation” by freezing seawater into hexagonal blocks of ice that come together to form new ice floes. “The main goal of this idea is to restore the polar ecosystem, which has a direct effect on the balance of the global climate,” said the designer, adding that in this scenario “it is better to prevent than cure”. 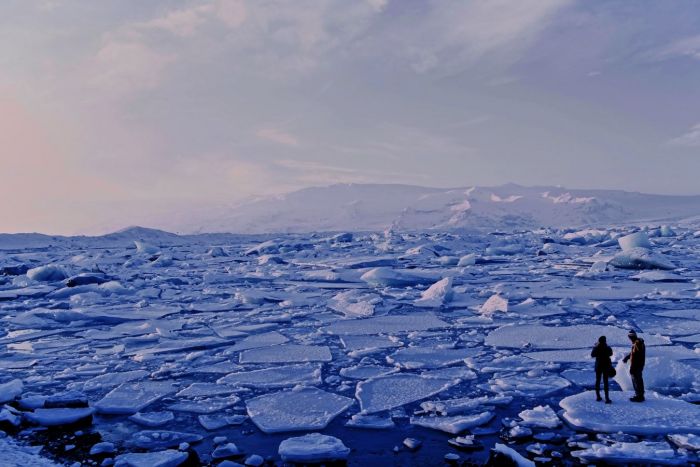 The team of designers decided to tackle the issue of the melting of earth’s polar ice because they felt that most of the focus is on protecting cities from rising sea levels. For example, New York City architecture firm BIG is working on a large-scale flood defense system to protect Lower Manhattan from rising sea levels. Hassell and MVRDV have also proposed various measures to protect San Francisco and the Bay Area from the same problem. So, how would it work? The submarine would collect sea water in a hexagonal shaped tank. Turbines would blast the tank with cold air to accelerate the freezing process. The vessel would return to the surface and would be covered to protect it from sunlight. One the water is frozen, the submarine would submerge once again leaving an “ice baby.” The miniature icebergs would cluster together in a honeycomb pattern to form one large ice block.