Who doesn’t love a good chicken dinner? Chicken is one of those versatile meal bases that never fails and always impresses. Apparently, poultry lovers are in good company, because it turns out Meghan Markle loves her chicken dinners too. Just recently, the former American actress and Duchess of Sussex opened up about her favorite chicken recipe, which is a Filipino dish called Chicken Adobo. This tangy and peppery dish includes garlic, soy sauce, vinegar, peppercorns, and an optional splash of lemon. The marinated chicken is then left to slow cook in a crockpot until the chicken is so tender that it falls easily off the bone. Back in 2012, the duchess spoke to Hello magazine about her love for this Filipino chicken dish: “I enjoy making slow-cooked food on Sundays, like Filipino-style chicken adobo.” She continued, giving instructions on how to cook this easy and delicious dish: “It’s so easy — combine garlic, soy (or Bragg Liquid Aminos), vinegar, maybe some lemon, and let the chicken swim in that sauce until it falls off the bone in a Crock-Pot.” 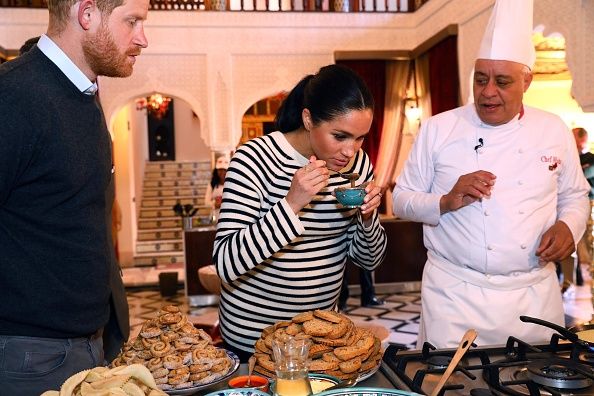 Meghan Markle has always been a foodie. Long before she became a part of the British royal family, she ran her own lifestyle blog called The Tig. There, she would frequently share recipes and cooking tips. The duchess is pretty vocal about her love for cooking.  “I pride myself in figuring out how to elevate a dish with a little preserved lemon or, then, a sprinkle of Maldon salt.” She told Esquire in 2018. The former actress has also expressed her love for trying exotic food when traveling abroad: “Food makes travel so exceptional, because you get to taste what it’s actually supposed to taste like. To eat the real Pad Thai or finally have a proper curry is something pretty amazing,” said Markle.