How Rosemary Can Help Your Brain

Being forgetful can have a serious impact on a person’s life, particularly when it comes to the classroom of one’s place of work. There are plenty of tips and tricks to help strengthen the part of the brain that controls memory. For instance, it’s said that people who partake in crossword puzzles have better memories later in life. In a 2016 study published by researchers at Northumbria University in the UK, it was found that inhaling rosemary oil significantly helped children remember things.

In the study carried out by the UK university, scientists chose to research 40 students between the ages of 10 and 11, each of whom was assigned at random to two separate classrooms. One of the rooms was infused with rosemary oil, while the other had no scent. The scientist then had the children in both rooms partake in a variety of memory games, and the results were pretty illuminating. Children who were tested in the rosemary-suffused room performed significantly better than the children who were tested in the non-infused room, particularly when it came to a test that involved word memory. 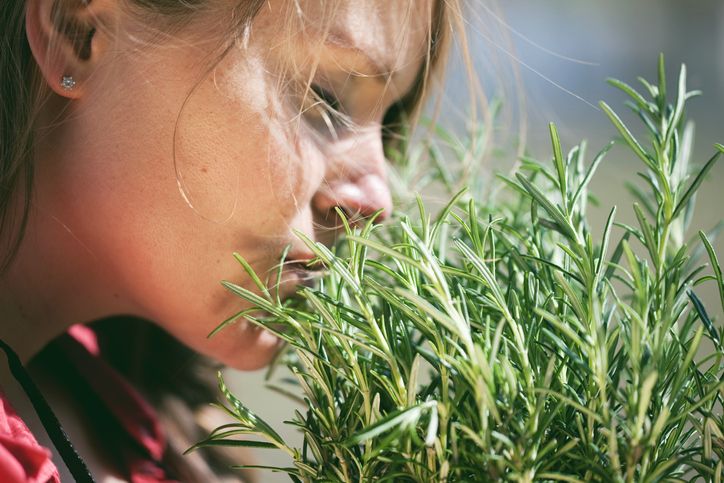 According to these findings, it looks like some good old aromatherapy might be the memory hack we’ve all been waiting for. However, the science behind the mysterious effect of rosemary on the human brain is still unknown. One of the study’s main researchers, Dr. Mark Moss, suspects that either the smell has an effect on the brain’s electrical activity, or that pharmacologically active compounds are sometimes absorbed when adults are in the vicinity of rosemary.

“We do know that poor working memory is related to poor academic performance and these findings offer a possible cost effective and simple intervention to improve academic performance in children,” offered Moss. “The time is ripe for large-scale trials of aroma application in education settings.”