Heavy metal fans are going to love this particular story. Just recently, an interview was published with Louder Sound magazine, in which Metallica’s guitarist Kirk Hammett reveals a funny story about how he became a part of the legendary American heavy metal band. According to the story, Hammett got the big call on none other than April Fool’s Day. Oh, and apparently, he was sitting on the toilet. It was May 1983 and Metallica was ready to get into the studio and record their debut album. However, after firing their guitarist Dave Mustaine, they found themselves in desperate need of a replacement. So, they gave Hammett a call which changed history.

“It was April 1st, April Fool’s Day, and I was sitting on the toilet. I got the call from [Metallica sound engineer] Mark Whittaker, and after I hung up, I was like, ‘I can’t believe I just got that phone call,” the guitarist told Louder Sound. “Was that an April Fool’s Day prank?’ A couple of days later I got this tape from them, but I already had the demo and I already knew two-thirds of the songs on there.” 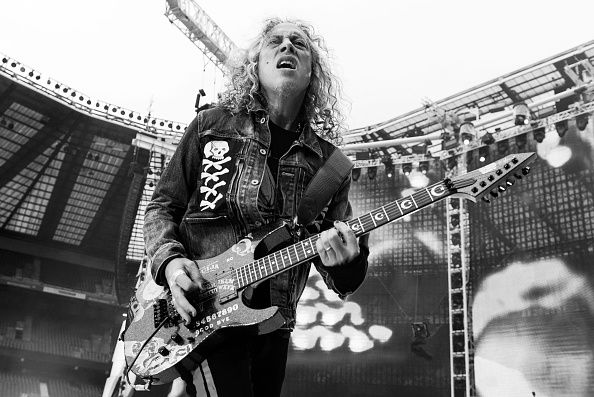 Prior to his joining Metallica, Hammett was a member of fellow thrash metal band Exodus. He was still with Exodus when he got the call, but for him, the decision to switch bands was a no-brainer. “Around that time, Exodus were going through some personnel changes,” Hammett said. “We just got rid of the previous bass player, and brought another bass player in, and it was a different dynamic within the band.” Clearly, he made the right decision. Since joining Metallica, he has become one of the most famous and beloved guitarists around the world. Hammett has recorded 10 studio albums with the band and has earned many awards throughout the years.