Karate is a popular sport today, around the world, and it has been a popular one in south east Asia throughout history. The martial art originated from the Ryukyu Kingdom, drawing its influence from Chinese martial art. The sport mainly consists of punching, kicking, knee strikes, elbow strikes, and open hand techniques. Over the years, Karate has been influenced by various sports and variations from around the world. Consequently, there have been some modern additions to the sport, including joint locks, restraints, vital point strikes, and grappling, among other techniques. 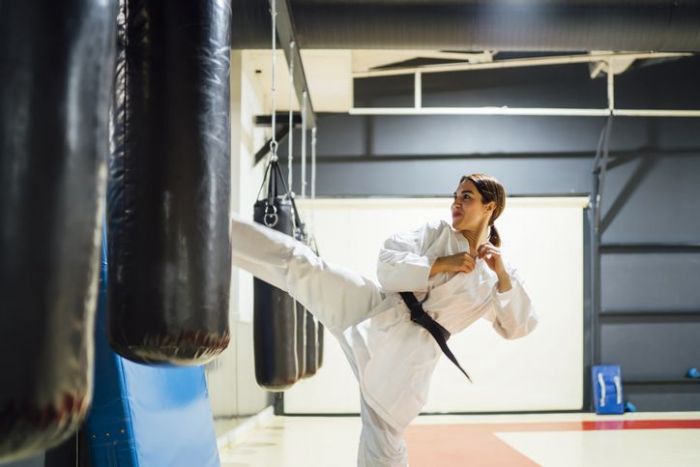 After the Empire of Japan annexed the Ryukyu kingdom in 1879, the sport of Karate was officially associated with mainland Japan. During the early 20th century, as locals from the Ryukyu kingdom continued to migrate towards mainland Japan, the influence of Karate continued to grow. From around 1912, the sport grew so popular in the region that it was systematically taught in the country. In 1922, the Japanese Ministry of Education invited a master of karate to Tokyo to give a demonstration of the sport to the public. This event marked the beginning of the sport’s official space in educational spheres across the country. From then onwards, Japanese universities initiated karate clubs, and more and more pupils learned and participated in the sport.

As the art of karate continued to grow in influence and popularity, the influence of Master Funakoshi can not be forgotten. He was the first to introduce the sport in Japan and was also one of the first few to have initiated the Okinawan Karate Methods. He believed in adhering to the disciplines of the Okinawan styles to learn the sport. These methods later became known as Shotokan, which literally translates to house or school of pine waces. Years later, today, Karate is widely associated with Master Funakoshi’s name and his contributions to the sport continued to be celebrated.