Grammy-winning musician H.E.R. has launched an eyewear collection with DIFF. “My staple is definitely glasses,’ says the singer that describes her style as tomboy chic. ‘I’m also a boot or sneaker kind of girl, and I need some comfy cool pants.” H.E.R. x DIFF features four sunglasses styles and a special edition trifold case and cleaning cloth. H.E.R. loves sunglasses. She wears them at photoshoots, on social media, and during interviews. The singer has worn shades during both awards show performances in 2019 and 2020. Sunglasses are just part of H.E.R. as an artist. Now she has teamed up with DIFF Eyewear, the brand known for its charitable work and celebrity endorsements from Kendall Jenner to Jonathan Van Ness. 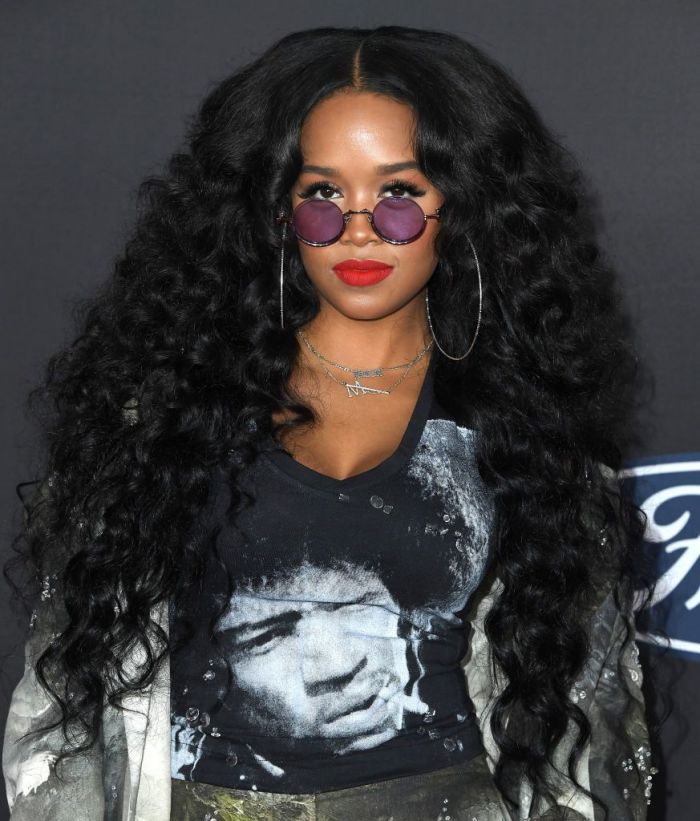 Billboard spoke with H.E.R. about the collaboration. H.E.R. said, “I’ve gotten so many different offers from eyewear companies to collaborate, but a lot of those people didn’t want to give me creative control. They wanted me to be the face, yet not be involved in the design. But sunglasses are my thing, and I knew I wanted to do it the right way. And so when we started having a conversation with DIFF and I began looking into them, I realized that I would be able to do my thing with them creatively. Plus, they’re really a charitable company, which means a lot to me. Giving back and creative freedom? It’s the best of both worlds!”