Not many of us want to know the nitty-gritty details behind the scene in restaurant kitchens. But the truth is it might just be worthwhile to know what you shouldn’t order the next time you’re out at a restaurant. And no one knows the secrets of restaurants better than actual chefs! There are a few tips chefs have shared with the general public about what they would never order from a restaurant. Many of us are oftentimes impressed with restaurant servers descriptions of the special of the day. Usually, the dish sounds luxurious and totally special. But according to executive chef Alberto Morreale, owner of Farmer’s Bottega in San Diego, he won’t fall for it. “When I go out to eat at other restaurants, I never order the specials. Some restaurants put together their specials for the day based on what’s about to expire or what they’re trying to get rid of faster.” Instead, he asks the server to recommend something made with local ingredients, or what arrived fresh that day.

Executive chef of the modern American cuisine restaurant The Church Key in Hollywood warns diners to stay away from chicken. “I will order almost anything when I go out—but never chicken because it tends to be overcooked at most restaurants.” According to the Food Network’s website, chefs usually avoid ordering chicken in restaurants for many reasons, including overinflated price and lack of originality. Next up, seafood! When it comes to seafood, people have strong opinions. Some avoid it like the plague while others are comfortable ordering fish only if the restaurant is known for seafood or is located on the water. When it comes to oysters, however, it’s best to stay away according to Mark Nicols. Nichols owns the high-end catering service JC’S Catering. He won’t go near raw oysters if they were harvested more than 100 miles away from the restaurant serving them. “If handled and stored incorrectly, raw oysters can kill you.” 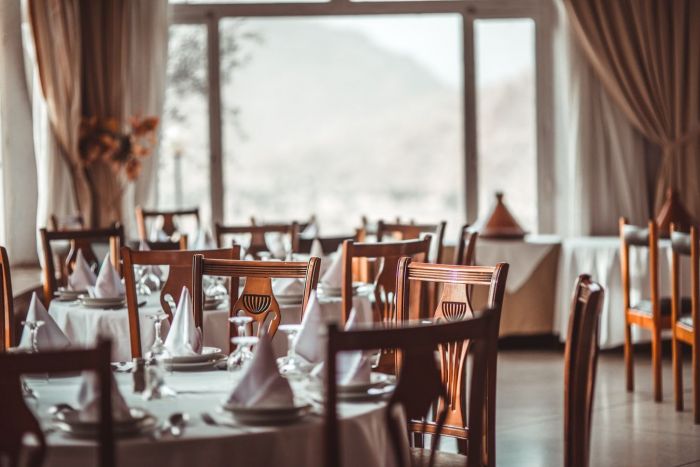 It might seem counterintuitive, but its best to not go for the vegetable dish. “When I go to a restaurant and sit with a menu, I tend to stay away from the House Salad,” says Kayson Chong, Los Angeles-based executive chef of The Venue. “I prefer to have something special that a chef created with seasonal products and interesting combinations. I like experiencing new and exciting things to eat when I go to other restaurants, not something I can find easily anywhere.” Michelin-starred chef Suvir Saran tends to avoid the chef’s vegetarian plate even though he’s a lover of all things vegetable. “They are never true representations of what a chef would really be inspired to present to a guest,” he explains. “I would much rather order from the appetizer section and sides, and make my own meal.” Among the vegetables Saran won’t order out are squash and pumpkin. “Most chefs raised in the U.S. have a very different understanding of what these vegetables are. To palates raised east of the U.S., these vegetables are never served sweet. Chefs from around the world use heat to bring out their natural sweetness, never like squash overtly laced in sugar, that you typically find in America,” he says.