Another day, another Taylor Swift surprise album release! It really seems like it was just yesterday that Taylor Swift released her album Lover and changed the world forever. The American pop artist already had millions of adoring fans, but the 2019 studio album managed to touch people around the world all over again while reminding everyone why Swift is without a doubt the pop queen of this decade. Well, lately there has been some more great news for “Swifties,” as fans of the singer proudly call themselves. Just recently, Swift released a new album called Folklore. Unsurprisingly, it’s already a huge success. The singer’s 8th studio album, which was dropped in a surprise release just last week, reportedly sold 1.3 million copies in the first 24 hours alone. Folklore also broke the record for having the largest streaming debut on Spotify for a female artist, with a whopping 80.6 million streams on the first day of its release.

The 30-year-old singer took to her official Instagram page to gush about the release to her many fans and followers. “Most of the things I had planned this summer didn’t end up happening, but there is something I hadn’t planned on that DID happen. And that thing is my 8th studio album, folklore. Surprise,” Swift wrote, adding a smiley face. She went on, adding, “Tonight at midnight I’ll be releasing my entire brand new album of songs I’ve poured all of my whims, dreams, fears, and musings into. I wrote and recorded this music in isolation but got to collaborate with some musical heroes of mine…” The singer then gave a list of some of the artists and creative people she collaborated with in order to make the release of Folklore a success, which included fellow songwriters and photographers. 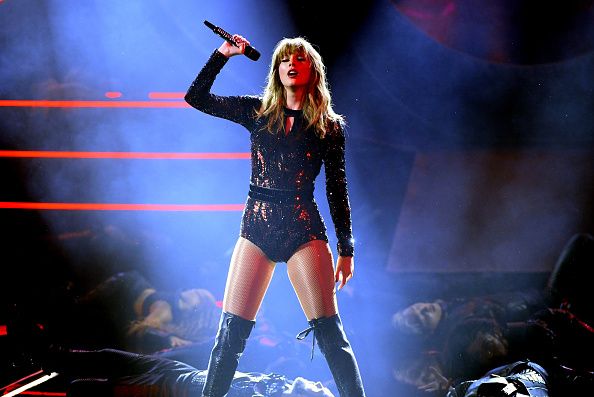 In typical Taylor Swift style, the singer concluded the post on a personal note that included love to her fans, adding, “Before this year I probably would’ve overthought when to release this music at the ‘perfect’ time, but the times we’re living in keep reminding me that nothing is guaranteed. My gut is telling me that if you make something you love, you should just put it out into the world. That’s the side of uncertainty I can get on board with. Love you guys so much.” Swift ended the emotional post with a heart emoji.