While many festivities have been cancelled due to the current pandemic, some events have taken advantage of technology by simply shifting to an online format. The Met Gala recently became one of many gatherings to move to a virtual space. The new online event was called “A Moment with the Met” and was hosted by Vogue editor-in-chief and Met gala co-chair Anna Wintour. The event was aimed at keeping the spirit of “fashion’s biggest night out” alive and judging by the entertainment for the evening, Wintour certainly succeeded in doing that. The event featured a stellar performance by none other than Florence and the Machine, the award-winning English indie rock band.

“She performed at the Met nearly a decade ago, and she very graciously told me that it was one of the most extraordinary moments of her life. I am so touched and so grateful that she has agreed to sing for us tonight,” said Wintour while introducing the band’s lead singer, Florence Welch. In honor of the event, Welch belted out an acoustic version of “You’ve Got The Love”, the band’s 2009 hit song. Prior to her involvement in Wintour’s “A Moment with the Met,” the singer released a new song called “Light of Love”, the proceeds of which will be donated to charity. 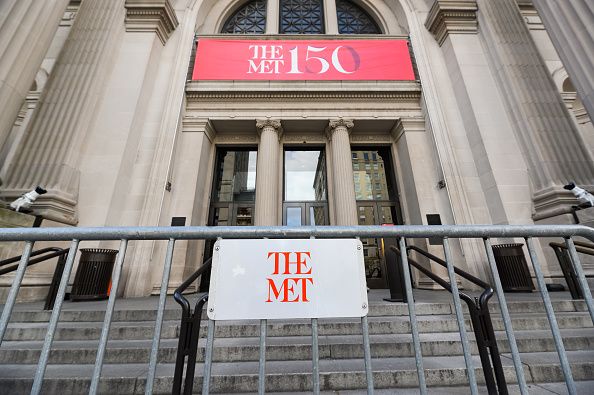 Often referred to as “The Oscars of the East”, the Met Gala is an annual event that celebrates the Metropolitan Museum of Art’s latest exhibition at its renowned Costume Institute. The star-studded extravaganza, which traditionally takes place on the first Monday of May each year, is one of the most highly anticipated events of the season. It is looked forward to each year both by people in the fashion industry and fans of the celebrities in attendance. On March 16th, it was postponed indefinitely. The last time the Met Gala was postponed was back in 2002, due to the 9/11 attacks the year before. This year’s event, which was to be sponsored by Louis Vuitton and Condé Nast, was planned to have the theme “About Time: Fashion and Duration”.