First Class Meals Around The World

Please keep in mind that the meals offered on flights will vary depending on the kind of aircraft, flight duration, and time of year. On most international flights, economy meals consist of a meat (or vegetarian) dish, starch, a salad, and a small dessert. However, airlines go to great lengths in business and first-class to wow their most discerning passengers with culinary prowess. The first in-flight meal was provided on a Handley-Page plane flying from London to Paris in 1919. It’s been a decade since then, and a lot has happened in air travel cuisine.

When we schedule a flight, the last thing on our minds is aircraft food, and there’s a scientific explanation. Our taste buds behave differently at high elevations. The dry air on airplanes, which inhibits our nasal passages and sense of smell, combined with the habit of reheating food that has been cooked hours before, radically changes how we experience food when flying. Some airlines go above and beyond. Rather than simply seasoning generic meats, sandwiches, and pasta, they collaborate with some of the world’s best chefs to produce abundant and exquisite dinners that rival some of the world’s best Michelin-starred cuisine. 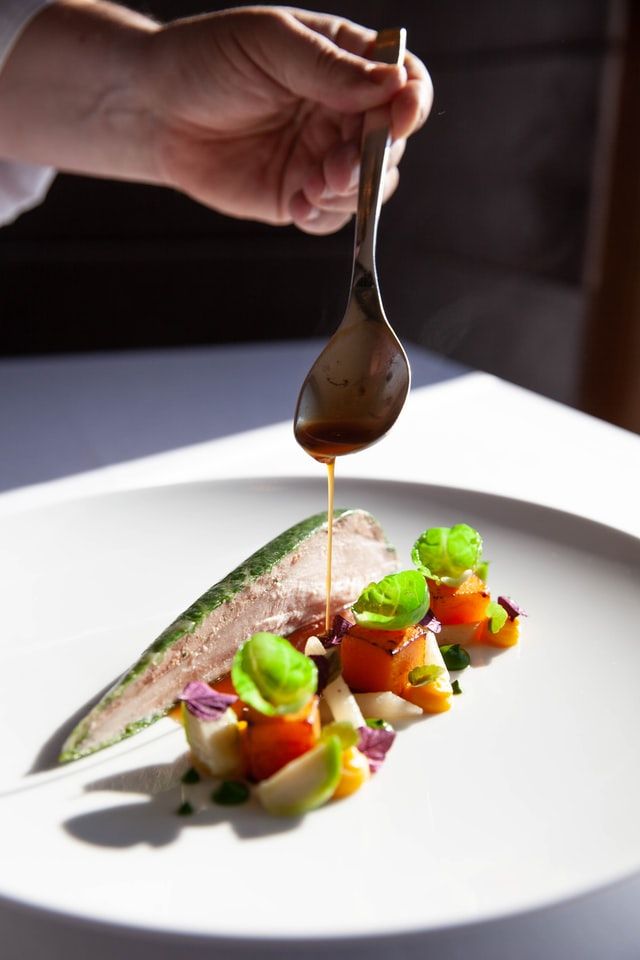 Qatar Airways introduced regional elements to customers’ favorite meals when unveiled its new premium onboard dining experience in 2018. Chef David Hawksworth of Vancouver has been appointed to handle the food in Canada’s international business class cabin. The main course consists of cooked-to-order steaks or a fish option with Smoked salmon, or grilled prawns are two appetizer options. A classic dessert, such as a flourless chocolate cake or a cheese plate rounds out the meal. In Italy or Dubai, regional cuisines like porcini and truffle risotto, biryani, and flame-grilled meats are available.

On the other hand, Turkish Airlines is altering the game of pre-packaged and reheated airplane dishes by introducing their Flying Chefs. These chefs cook fresh meals for Turkish Airlines’ business and first-class guests while on the flight. Emirates collaborates closely with chefs to produce regionally influenced dishes. When you fly first class on Emirates, these gourmet meals are piled on Royal Doulton fine bone china and given to you at your leisure. Are you dieting? Don’t be concerned. While on board an Emirates flight, you can enjoy a carefully curated nutritious meal.