Extreme-sport enthusiasts look for the most adventurous thrilling sports to give them that adrenaline rush that the danger has to offer. Some people, however, go overboard and take extreme sports to new lengths. First on the list of these crazy sports would be volcano boarding. You put on your heat suit and take a surf on the side of the intensely hot volcano the Sierra Nevada outside of the town of Leon, Nicaragua. 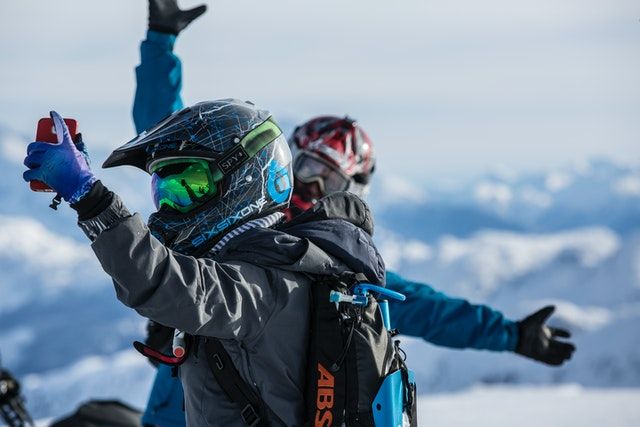 If you think that is dangerous, watch out for the dangers of Mexico’s Yucatan Peninsula: A place for deep cave diving. Deep-sea diving is an extreme sport in itself, but deep cave diving brings dangers closer than the ocean divers could ever imagine. Only experienced divers can manage such thrills but the sights you discover seem to make it worth their while. Next up comes Heli skiing in the Chugach mountains of Alaska. Extreme skiing from high hills is nothing compared to launching yourself from a helicopter hoping to land on otherwise inaccessible areas and then managing to ski your way down the snow.

The next item on the list will leave you confused on whether to be frightened or to laugh at the unconventional sport that many seem to enjoy. Found in Australia, New Zealand, England, and even Canada is a tradition where a wheel of double Gloucester cheese is rolled down slippery slopes of high heels and behind it run several hundred people, usually finding themselves tumbling and rolling down the hill and end up badly injured. Last but no less dangerous comes ice climbing. You might be thinking it’s very common for hikers to go on glaciers and have to climb ice, but ice climbing is not just climbing ice; it is climbing the frozen waterfalls of Colorado. Do you want to try any of these things?