Who doesn’t love to travel? There is no better feeling than confirming that flight ticket to a place you’ve always dreamed of but just never seemed to find the time. But that’s the thing, right? Sometimes, life gets in the way and it simply isn’t possible. From hectic work schedules to family obligations, there are times in life when its impossible to travel. The good news is that there is a way to travel without leaving your home. Thanks to tech company Flyover Zone, people are now able to experience a new virtual reality. The project took over two decades to complete. It seems that is was well worth the painstaking development. 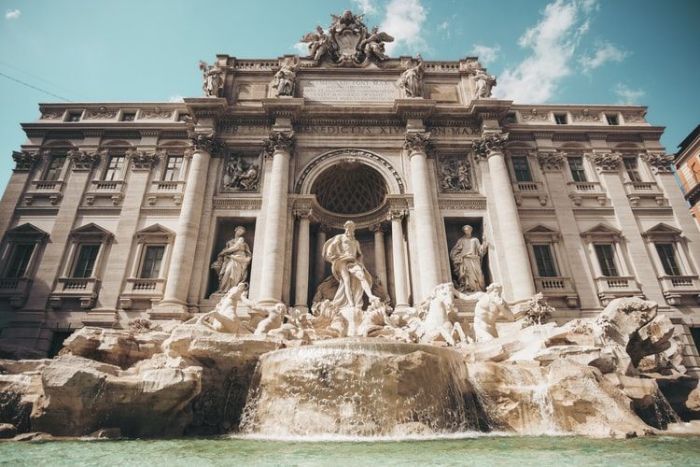 According to the website Rome Reborn, “Rome Reborn®  is a series of apps and videos that present individual tours of the city, including, for example, the Roman Forum, the Colosseum, the imperial fora, the imperial palace, the Pantheon, and the entire city seen from the air. Think of each app or video as a chapter in a guidebook about ancient Rome. You can gauge how much you have learned by registering on our website and taking our quizzes that will give you your expert rating. When you do well on a quiz, you will earn awards which you can share with your friends on social media.”
The 3D app titled “Rome Reborn” allows users to travel back in time to ancient Rome’s landmarks as they were at their peak circa 320 AD. The project recreates 7,000 monuments and buildings across 5.5 square miles of Italy’s capital. “I can’t remember projects like this one, with 22 years of work, remade three times and with such results – I can’t remember any other like it,” said Rome Reborn contributor and classical archaeology professor Paolo Liverani. The virtual reality experience is currently available via VR headsets and computers. The experience is a two-hour aerial tour of the Eternal City. Users can expect to cover over 35 stops at locations such as the Imperial Forums, Circus Maximus, and the Tombs of Emperors Augustus and Hadrian. “With Rome Reborn, you could, for example, take the same route as Constantine when he triumphantly marched into Rome,” says Liverani.