Elvis Presley: The Man Behind The Rock and Roll Legend

The King of Rock and Roll, the Tiger, the Pelvis. Elvis Presley was a larger than life character who quickly became one of the most significant cultural icons of the 20th century. Born on January 8, 1935, in Tupelo, Mississippi, he was the son to a young couple, Vernon and Gladys Presley, and grew up in a small house Vernon built for his growing family. Elvis’s identical twin brother, Jesse Garon Presley, was delivered 35 minutes before him. Tragically, Jesse was stillborn. Gladys’s complicated pregnancy resulted in her never having another child.

The world knows Elvis as a larger than life megastar who’s hip-gyrating, lip-curling stage presence had the world swooning. But as a young man, Elvis was shy and modest. He reportedly addressed adults as “sir” and “ma’am.” When he was learning the guitar as a young boy, he was too shy to sing in public! When he was 19 years old, Elvis auditioned for a gospel quartet group called Songfellows. The judging panel turned him down, a decision they surely regretted in the years to come. 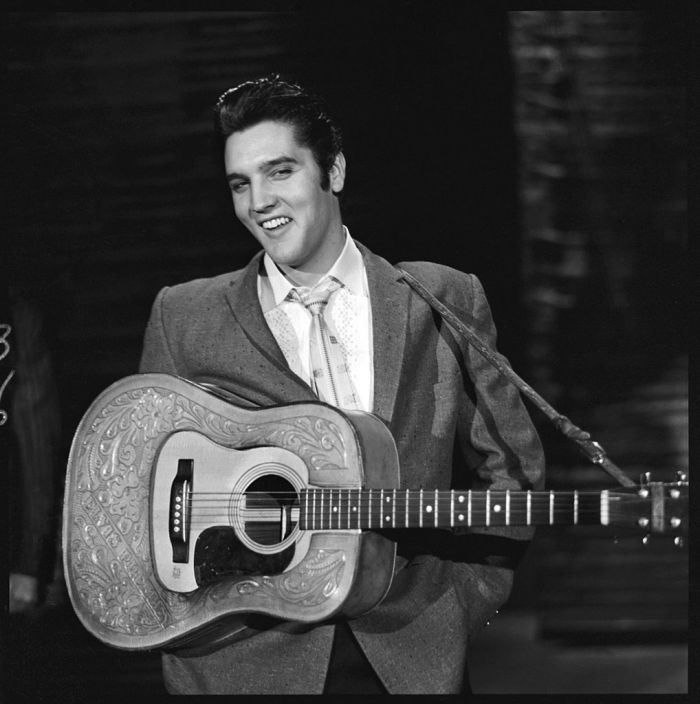 Elvis’ music changed the lives of countless celebrities. Elton John recalled hearing ‘Heartbreak Hotel’ for the first time. “The weekend, my mum came home with ‘Heartbreak Hotel’ and that changed my life. … Elvis Presley changed everyone’s life. I mean, there would be no Beatles, there would be no Hendrix. There would be no Dylan.” Elvis’ songs had a colossal impact on not only his career but rock and roll history forever. ‘Heartbreak Hotel’ was his first nationwide hit and it completely changed future stars lives, including John Lennon, George Harrison, Keith Richards, and Robert Plant. Paul McCartney said that the song was ‘the most important artistic creation of the modern era.’

Between March 1958 and March 1960, Elvis served in the United States Army. He was the most well-known name in the world at the time of his draft. He was offered the chance to enlist in Special Services to entertain the troops. But he decided to serve like any other soldier. This decision earned him a lot of respect among his fellow soldiers. People back home began to view him in a positive light.