One of the most crucial considerations that a beginner guitarist must make is whether to start off with the acoustic or electric guitar. Although the two guitar genres share many traits, there are a few key differences between them. Beginners frequently have trouble deciding which guitar style to focus on first. In this article, we highlight the main differences between acoustic and electric guitars.

The biggest and most evident difference between the two types of guitars may be the tone. Each of them has a musical style that is really unique and personal. An acoustic guitar can generate music on its own, but an electric guitar needs power and an amplifier to make any discernible sound. Because the sound is amplified, you have more power and versatility and the opportunity to use effects. Thus, electric guitars are very versatile instruments that can generate a broad range of tones. However, an external amplifier’s sound is more constrained because it isn’t supported by an acoustic guitar. As a result, its tone is more subdued than an electric guitar’s. 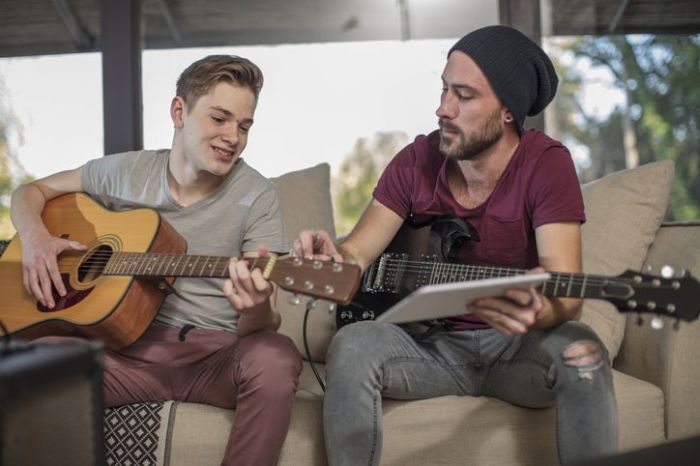 The size and appearance of the two guitar types also vary greatly from one another. Acoustic guitars with large hollow bodies have a sound hole in the center that helps with sound projection. In contrast, electric guitars have solid bodies and no sound holes. However, many starting guitarists like acoustic guitars because of their portability and simplicity. Regardless of which one you choose to play, remember that you may always switch to the other!