Ed Sheeran has achieved many accomplishments in these past few years. With four incredibly successful albums and many chart-topping singles, the redheaded singer has swiftly become one of the world’s biggest and most beloved pop stars. And people are starting to take notice. The Official Charts Company, a British organization that compiles record charts in the UK, has recently crowned Sheeran as the top UK recording artist of the decade.

This prestigious title was well earned by the British folk-pop singer. The announcement by the Official Charts Company comes after Sheeran he scored the no. 1 spot an astonishing 12 times across the official singles and albums chart for the 2010s. Each one of his studio albums topped the charts in the UK, as did his famous hits “Shape of You”, “Thinking Out Loud”, “I Don’t Care”, and “Perfect”. The award-winning singer spent a total of 79 weeks at the top of the UK charts, and his popular single “Shape of You” spent 14 non-consecutive weeks at the top of the UK Singles Chart. Both factors contributed to his earning such this latest distinguished title. 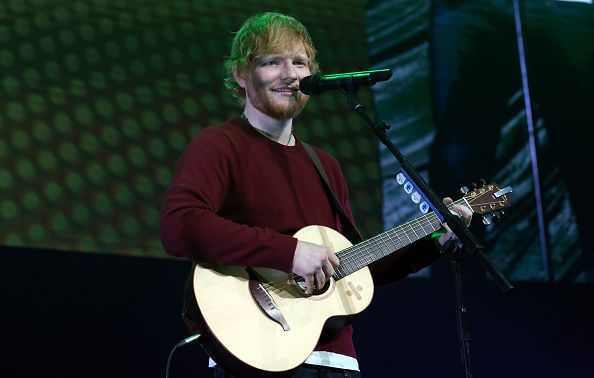 Sheeran graciously accepted the honor, writing, “Thank you to everyone who’s supported me over the past 10 years, especially my amazing fans. Here’s to the next 10!” In addition to this new title, the British singer is topping lists left and right. Most recently, Sheeran placed second on Spotify’s list of most-streamed artists of the decade, surpassed only by Canadian rapper Drake. In 2011, the singer and songwriter topped the UK Albums Chart with the release of his debut album,  which contained his first major single, “The A Team”. The rest is history.