Dua Lipa is one of the busiest singers in the music industry. She’s always got something up her sleeve, whether she’s releasing a brand new hit single or delighting fans with her latest lockdown hobby of cartoon drawing. Most recently, the English singer-songwriter gave dance-pop lovers a reason to rejoice with the release of her new studio album Future Nostalgia. The album is full of catchy tracks that we’ll undoubtedly be bobbing to all summer long. And luckily for fans, Lipa has got plenty of new music in the pipeline, including two highly-awaited collaborations – one with Miley Cyrus and one with Normani.

The British singer recently had a virtual chat with Andy Cohen on his talk show Watch What Happens Live With Andy Cohen, where she divulged some tantalizing details about her upcoming collaborations. Lipa confirmed that her collab with American singer Normani is coming soon and that more details will be coming shortly. Regarding her project with Miley Cyrus, the pop singer implied that fans would have to wait a bit longer for more information. The pair have apparently decided to take their collaboration in a new direction, and due to the current social distancing restrictions, it remains unclear when they’ll be able to get back to recording in the studio. 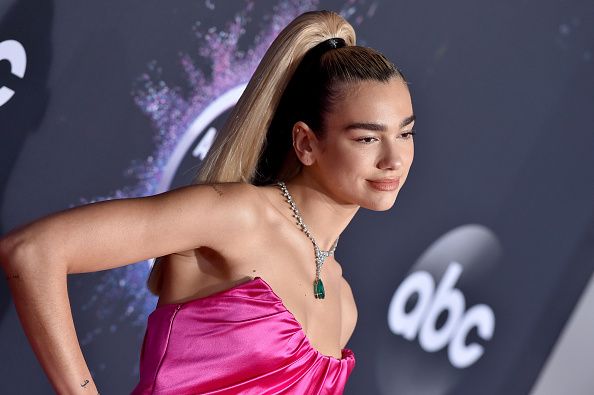 “We actually ended up deciding that we wanted to get into the studio and do something different. But we actually haven’t had the chance to get back in and like work on something new, so hopefully, we’ll do something, I guess once quarantine is over and we can all hang out again,” the singer told Cohen on his show Dua Lipa is most well known for memorable pop hits like “New Rules” and “Don’t Start Now.” The 24-year-old singer started out working as a model, before signing with Warner Music group in 2015. Two years later, she released her debut album, Dua Lipa.